Popular cultures have always had their own unique importance. These cultures have impacted the perceptions of people, shaped the cultures entirely, and had an impact on important aspects of the society such as technological advancement. Due to a better access over media and facilities today, the pop cultures have become much more dynamic and frequently changing ones.

The year 1996 had its own unique pop culture. Due to exceptional work by artists, actors, and other influential personality’s work, this year was designated as the International Year for the Eradication of Poverty.

Have a look at some of the important events of 1996.

1996 is considered as the era of Hollywood when the films were more or less based on the action and thriller genre. Disney was the most successful company of the year with 4 major films hitting the previous records as well as becoming the part of Highest Grossing Films of 1996.

Disney never got as much success in the century as much as it got in the year 1996. Four films including The Rock, The Hunchback of Notre Dame, 101 Dalmatians, and Ransom were released each of which made more than $300 million individually which brought total gross rentals of the film towards Disney to be more than $1200 million.

Although all four of the films were very successful in terms of financial returns and were nominated for many awards, none of them received any major Academy Award or BAFTA Awards except for Ransom which got the award for Top Box Office Film by 1997 ASCAP Film and Television Music Awards.

1996 marks the starting of the famous series Mission: Impossible starred by Tom Cruise. The series was produced by Paramount Pictures with the director being Brian de Palma. The film revolves around the mission by Ethan Hunt to uncover a person who framed him for the murderers of Impossible Missions Force.

Since 1996, the series has become a major success and each of their successor parts earns even higher than the previous one. The film has received a mostly positive response from the critics, the film was able to generate over $450 million for Paramount Pictures on a budget of $80 million only. The highest grossing film of the year title goes to the film “Independence Day” by 20th Century Fox. The film stars include some of the top actors of Hollywood including Will Smith, Bill Pullman, Jeff Goldblum, and Mary McDonnell as well. The plot of the film is based on groups of people who converge in the Nevada desert right after there is an attack on Earth by an extraterrestrial race.

The film is still considered as a turning point in Hollywood Films because it was one of the first ones depicting large scale disaster along with science fiction as a main topic. With a budget of $75 million, the firm has earned more than 12 times the budget at $817 million which shows how popular it became right after its release.

On February 9, 1996, Jimmy Bennett was born who was an American actor and a musician by passion. The film star started his career in Hollywood at a very early age by becoming the child actor in Daddy Day Care, Hostage, The Amityville Horror, Poseidon, Evan Almighty and many others as well. The star has been known popular for his role in the film Star Trek as young James Kirk. Bennett has been known for the famous television series “No Ordinary Family” as well.

It is just the start of career for Jimmy Bennett right now, but he has already accomplished much. Time will tell how much more of his achievements he has to make. 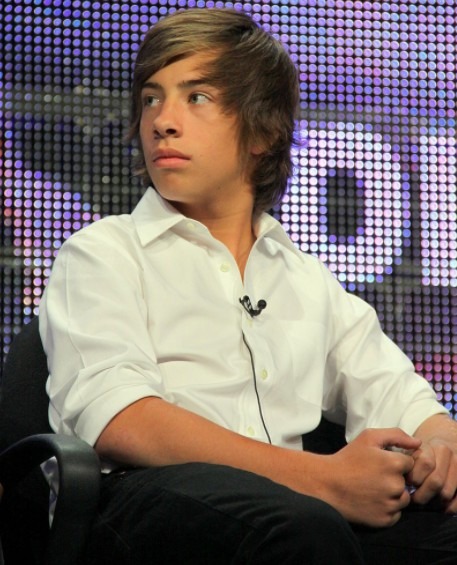 The year is important for music because one of the most important albums named “All Eyez on Me” was released by the American Rapper 2Pac. This album was the last one released by the rapper after which he died. The album included songs with guest appearances of artists like The Outlawz, Dr. Dre, Snoop Dogg, George Clinton, E-40, Redman, Method Man, and ThaDogg Pound.

The album features different types of Billboard Hot 100 number one singles. It was considered as the first solo studio album with full-length hip-hop songs that gained it a popularity globally as well. The album was so successful that it sold more than half a million copies in one week only. Musical Theatres were becoming more important as the musical plays were being liked by the audience. This became one reason as to why they were being promoted on a large scale. Broadway Revival was the company that made the most out of musical theatres in the year 1996 due to the fact that it had multiple musical shows on stage which included Chicago ,A Funny Thing Happened on the Way to the Forum, The King and I, and Once Upon a Mattress as well. Other types of musical theatres also had their different plays which included Rent and State Fair by Broadway Productions.

One of the most important steps in space and astronomy towards exploration of Mars was that the Mars Global Surveyor was launched in November 1996. The spacecraft was designed by NASA Jet Propulsion Laboratory and had the capability of examining the entire planet from the ionosphere to the atmospheric surface.

The Mars Global Surveyor completed its initial primary mission five years later in January 2001 and stayed in contact with the team at Earth till the year 2006 after which it did not respond to the messages and commands while it also gave faint signals However, this was one of the pioneer missions towards exploration of planet Mars. The year 1996 is important in the field of medical science and technology because it was the first time when a mammal was cloned from an adult somatic cell including the process of nuclear transfer.

The process was considered as a major success because it resulted in the birth of Dolly, a domestic sheep which had a healthy life span in the coming 8 years after which it died. The experiment was conducted at Roslin Institute in Scotland. It also proved that the cloning of humans could be a major possibility in the future because it showed successful results in the case of animals.

First version of the Java Programming Language was released on January 23, 1996. The project was initiated in 1991 by James Gosling, Mike Sheridan, and Patrick Naughton but it was considered as a too advanced project for the digital television and cable industry of the time.

Today, Java 14 has been launched and is considered as one of the most efficient programming languages used to code different types of software, mobile applications, and web pages in a few cases as well. Java Programming Language is currently under the control of Oracle which is also the distributor of the program and its latest features.

A great news for the whole world was during the XI International AIDS Conference that took place between July 7 and July 12th. This was a conference which had major publications and journal articles reported for the management of HIV and AIDS through the use of triple cocktail also known as the combination therapy with the help of different types of protease inhibitors.

The researches were so authentic that they resulted in 75,000 patients (within one week) using the combination therapy to have the increased immune system, better strength of the nervous system, and a much higher ability to tackle any kinds of viruses such as HIV.

Motorola launched the Motorola StarTAC cellular device on 3rd January in the year 1996 which was the first ever flip mobile designed. This was not only a unique item in the phone industry but was also considered to be the lightest mobile phone. Even today, the Motorola StarTAC has the same title for it. PC World ranked it to be the 6th Greatest Gadget in the past 50 years. More than 60 million units were sold.

This was also a major revolution towards the current generation smartphones which are much more sophisticated and better in terms of features compared to Motorola StarTAC. The World Bowl 96 was the fourth Championship of the World League of American Football. The event took place on June 23, 1996. The World Bowl 1996 was such a high scale event that there were approximately 40,000 fans in attendance which was the largest crowd ever for an American football game.

Last time champions, The Frankfurt Galaxy, lost this time under the hands of Scottish Claymores with a score of 7 to 3. This was a major turnaround game for Scottish Claymores as it was considered to be the worst team and now got the first position. Yo Murphy of the Claymores was voted for being the MVP of the match for receiving 163 yards as well as having the three major touchdowns.

Throughout the American sports history, Golf has stayed particularly important for many and influenced the sport culture of the country. 1996 was the year when there was a high professional competition among the golfers. While Nick Faldo won the Masters Tournament for the year, the U.S. The Open was won by Steve Jones. Further, the PGA Championship was won by Mark Brooks.

1996 marks the year when Tiger Woods, one of the top-rated golf players, became professional. His consistent winnings in the PGA tour were one of the most important factors to this. Tiger Woods also became the first golfer in 1996 to win three consecutive US Amateur titles. Dylan Christopher Minnette was born on December 29, 1996. He is one of the top American TV series actors and musicians of the current era. His notable contributions towards the American television include his lead role as Clay Jensen in Netflix series of “13 Reasons Why”. Other drama series where he has taken part include Lost, Awake, and Grey’s Anatomy. Minette has started to appear in Hollywood films since 2010 some of which include Let me in, Prisoners, Very Bad Day, Don’t Breathe, and The Open House.

The year is significant because many new channels were opened up on the television which were focused on the scientific explorations. This includes Animal Planet, Discovery Civilization, and The Discovery Channel as well.

It was also the year when one of the biggest sports channels of the modern era was launched, ESPN News.

Destruction struck the city that never sleeps in 1996. The severe Blizzard of 1996 was so strong that the East Coast was paralyzed with more than 4 feet of wind-driven snow between 6th and 8th January 1996. The storm was significant because of the arctic high-pressure system located to the north of New York which was followed by another storm as well.

Situation was so out of control that the federal governments were stopped from working. In a rare incident, the state-controlled schools of New York City were closed for the first time in 18 years. Maximum snowfall was recorded in Philadelphia at over 30 inches.

TWA Flight 800 exploded near the Atlantic Ocean, New York on July 17, 1996. The passenger flight was on its way to Rome but faced a terrible crash killing all 230 people on board. It is the third-deadliest aviation accident in the history of the United States. The 56th Quadrennial Presidential Election of the United States of America was held on November 5th, 1996. Bill Clinton from the Democratic Party who was also the previous term President of America defeated the Republican Party member Bob Dole with a major margin. Although, Ross Perot was also contesting but did not get any major votes. Since 1924, this election is considered to have the lowest turning voter count.

The year 1996 has been full of new stuff in the pop culture of the future. Much of the pop culture of 1996 still impacts us today in the form of actors performing and programs running. With different types of tragic as well as peaceful events occurring in the history of the United States, the year was an interesting one. The World Economies were moving to a better position which is why it was the International Year of Eradication of Poverty.