The idea behind popular cultures is to change the way people think, how societies interact, and how the future is reshaped according to the current events. Popular cultures have relatively higher importance in the developed countries since they bring a trickledown effect to the third world countries and ultimately shaping the future of the whole world.

What makes pop culture’s so interesting is the range of diverse aspects involved such as – events, current affairs, politics, science and technology, sports, fashion, and other such areas as well. 1997 was a year of major ups and downs where a film broke all records, a book took off, and an important princess of the world died.

Have a look at some of the important events of 1997.

As mentioned above, the year 1997 had all the previous film records broken with one of the major films of all times, The Titanic, was released. However, it was not only Titanic which was popular this year.

The Titanic is a film in Hollywood which is often considered as a benchmark for comparison with other films. The film portrays the story of the same-name ship which sank in the year 1912. Written and Directed by James Cameron, the film was a pure historical classic with a fictional and sad love story.

Paramount Pictures and 20th Century Fox co-produced the film because of its high budget of $200 million. As of the date, Titanic has earned more than $2.18 billion. It is among the very few films which has received 11 Academy Awards out of 14 Nominations including Best Picture and Best Director.

The lead role in the film was played by Leonardo DiCaprio. Many of us are aware of the famous Hollywood film series, The Jurassic Park. The adventure film on dinosaurs was the second part of the Jurassic Park Film Series and was based on the same name novel by Michael Crichton. The film was directed by Steven Spielbeg and starred by Jeff Goldblum, Julianne Moore, Pete Postlethwaite, and Arliss Howard as well.

The film was released due to the commercial success of the first series. The film was among the first ones to have additional computer-generated imagery to have the superficial aspects such as dinosaurs created. The film was praised for the visuals and action but was criticized for writing. The film was the second most grossing film of the year and earned over $618 million.

If there is a film that helped Will Smith go to the top of his career, it was Men in Black which was released on 2nd July 1997 by Columbia Pictures and Amblin Entertainment. The film is based on the comic book series by the same name originally created by Lowell Cunningham. The film under the comedy science fiction genre with the direction under Barry Sonnenfeld. .com

Against a high budget of $90 million, the film earned about $589 million and was also the third biggest film of the year. Critics praised the level of humor combined with the action sequences. The film was so successful that 3 further parts were also released in the future.

The film was a success and received various positive critical reviews as well. The film was also considered to be politically backed by the government as a part of showing how advanced and technologically strong was the system of American President at that time. With a budget of $85 million, it earned over $300 million Jeffrey Scott Buckley was one of the most famous musicians of his time.  Jeff Buckley started off his career by performing cover songs at different types of venues. In the year 1997, his career was at its peak since he had made records with the solo record album, Grace. The album was so successful that Buckley travelled round the globe.  At such a young age, the musician already had a super-fast-growing career.

On May 29, 1997, Jeff Buckley was in Memphis, Tennessee and was waiting for his band to arrive. Meanwhile, he decided to go to a swim fully clothed but drowned due to a wake of the passing boat. His body was found on 4th June 1997.

First ever album of Will Smith

Big Willie Style was the first ever album by the famous actor and singer, Will Smith. The album was released on November 25, 1997 in collaboration with the company, Columbia Records. The album was highly successful, and five singles were featured among the Billboard Hot 100 List of number one songs.

DJ Jazzy Jeff was one of the main inspirations and helping resources to Smith for this album as well as others. The UK Albums Chart also featured many of the songs of Big Willie Style. 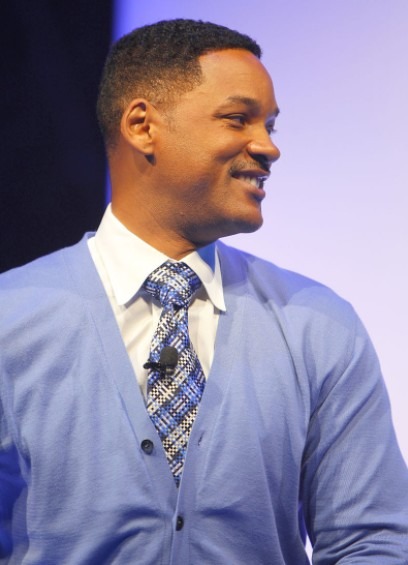 The BRIT Awards of 1997 were the British Phonographic Industry’s Annual popular music rewards. These were the 17th edition of the awards and the event was held on the 24th of February 1997. Spice Girls had a great name in the BRIT Awards of 1997 where they won the title for Best Song for their debut song “WannaBe” while they also won the award for Best Music Video for the “Say You’ll be There” song.

Two days later, the 39th Grammy Awards were also held where Babyface won four awards, the highest number of awards. On the other hand, Celine Dion also won an award for her song, Failing.

IBM had been involved in constant efforts to teach the computers some basic machine learning techniques and the concept of artificial intelligence. A first attempt to teach chess to the computer was successful but it lost. However, the second attempt was made by IBM’s Deep Blue Supercomputer against the World Champion,  Garry Kasparov in game one of a six-game match. In 1997, one of the most important scientific creations was the HAC abbreviated for the Human Artificial Chromosome. Instead of 47 chromosomes, this one would have 47 cells with the 47th being relatively smaller. Moreover, the data storage for the 47th was very small at about 6 to 10 MBs instead of 50 to 250 mbps for a natural chromosome.

However, researchers confirmed that the creation of transgenes and the added number of chromosomes being produced could mean that human life could be replicated somewhere soon as well.

Return of Steve Jobs to Apple

The co-founder of Apple had started his own tech-based company with the name of “NExT” that was owned and controlled by Steve Jobs. Since Jobs was forced out of Apple in 1985, he had his own company set up for visual effects as well as computer graphics division.

However, in 1997, Apple bought this startup by Steve Jobs since it had gotten much more successful in just a few years’ time. As Apple was in a tough stage and almost about to reach bankruptcy, this was a crucial time where the right decision was taken to make Steve Jobs as the new CEO of the company. Since then, Apple has become the top smartphone manufacturer of the world.

The Champions League of 1997 was the 42nd round of UEFA’s premier championships. It was significantly important for the fact that it was the last one that involved only clubs that were champions of their domestic leagues. This meant that the other teams were now allowed to play without any kinds of restrictions. The Bosman Ruling restrictions were also lifted from this season.

Last time champions, Juventus, lost against Borussia Dortmund in a  score of 3 against 1. 24 top performing teams had participated from each of the top 23 nations of UEFA coefficient ratings. The matches were considered fierce and highly competitive for the players.

Mike Tyson was a famous boxer in the 20th century. In the year 1997 on June 28th, Mike Tyson bit a piece of ear of his competitor Evander Holyfield during the third round of WBA Heavyweight title fight. The issue got so severe that Evander started to bleed, and the referee suspended Tyson on the issue of purposeful misconduct. A few days later on July 9th, Mike Tyson’s license was suspended, and the former boxer was also fined a hefty sum of $3 million for biting off Evander Holyfield’s ear.

Between October 18 and October 26 were the World Amateur Boxing Championships that were held in Hungary. These were the ninth edition of the competition and were held a year after the Summer Olympics. Cuba was the country winning a total of 10 medals and coming in the first position as well. 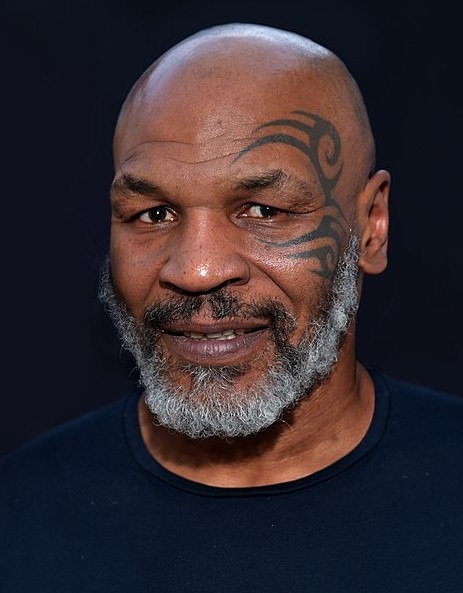 The year 1997 was a great one for Cartoon Network because not only did the channel start its broadcasting to other countries such as New Zealand but it also started up its many famous programs which went on for another 5-10 years. On 1st January, the debut of Dexter’s Laboratory Series for children was launched on Cartoon Network. No sooner, on March 17th, Toonami was also debuted on Cartoon Network which was a program containing other small cartoon-based programs. Johnny Bravo and I am Weasel were also launched in the mid of July. These many shows were ultimately a way to revive Cartoon Network and give the channel a whole new identity towards children entertainment.

Harry Potter and The Philosopher’s Stone is published

The start of a great series in the form of a novel by J.K. Rowling was initially started in the year 1997 with the book Harry Potter and The Philosopher’s Stone. Bloomsbury was the company that accepted the idea, story, and the overall draft and paid the author a sum of 2500 pounds and printed 500 copies initially.

Fortunately, people liked the novel so much that it became a global hit soon. J.K. Rowling soon became among the few authors who have successfully sold over a million copies of their books. 7 more parts were also written by the author which were then converted into a series of films as well. On 31st August 1997, the Princes of Wales suffered a terrible car crash in the middle of a road tunnel in Paris. Her Partner and driver were immediately pronounced dead while the bodyguard of the Princess survived but with serious injuries. Diana was rushed to the hospital right away, but she died in the hospital.

It was a major incident that shook the whole world especially, The Great Britain. Diana was just 36 years old at the time of her death. Her funeral was watched by more than 2.5 billion people round the globe. It was later found out with a French investigation team that the driver had lost control of the vehicle due to alcohol and other prescription drugs.

One of the most disturbing events of the year was the Algerian Massacres of 1997. Although, these massacres had initially started in the year 1991, but they got to their peak in the year 1997.

These were committed during the Algerian Civil War and most of them were claimed by the Armed Islamic Group. Between April to December 1997, there were over 15 major massacres in which more than 50 people were killed. These massacres brought a new definition of terrorism and terrorist activities that could be potentially done in other parts of the world. These massacres were one of the main reasons why African economies have never had a good relationship with the different developed economies.

Bill Clinton took major steps after being sworn-in as a President of the United States. On March 4, Bill Clinton banned any types of federal funding for research on human cloning and considered it to be unethical and illegal as well. He also formally apologized the members of Tuskegee Study of Untreated Syphilis in the Negro Male.

1997 has been a year with an unpredictable situation prevailing over the US as well as many other countries at all time. The highlights of 1997 show that many positive happenings were there such as record-breaking films, the changing era of music, and improvement in sports activities. However, sad incidents like the demise of Lady Diana as well as the Algeria Massacres were a major concern still. 1997’s pop culture will stay an interesting one always.