Whether we accept it or not, popular cultures have a significant impact on the future faster than we would even realize it. The pop cultures are just always there impacting us at each second. Technically, there is no way to control them and they are just shaped by the major entities, individuals, and organizations in the world with very little impact by the common man.

How did 1998 become an important year for pop culture? No need to buy expository essay on the end of ninetys, find out more about this question in the article below that summarizes the important events of 1998.

Year 1998 is considered as one of the best ones for the film industry as there were some of the best films released in the year. However, none of these could break the record of The Titanic, a super grossing film of the century.

One of the best historic films based on space and exploration was Armageddon. It was the most grossing film of the year which earned over $553 million with a budget of $140 million. The film was one of the first ones to depict the image of NASA directly. The story involves a group of oil rig workers who are given the task to destroy an oncoming asteroid towards Earth.

The film was directed by Michael Bay while the stars of the film include Bruce Willis, Billy Bob Thornton, and Liv Tyler as well. Due to some facts being scientifically inaccurate, it received some form of negative criticism in the start. However, it soon became an international box office success as well. 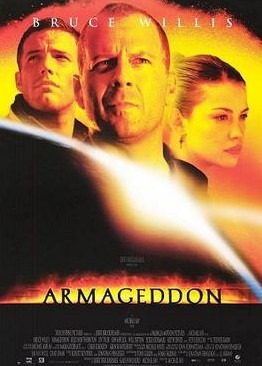 A film full of action and emotional drama that goes on with the story of saving an army man during a war. In The 56th Golden Globe Awards, Saving Private Ryan was given the award for Best Film and the Director Steven Spielberg also won the award for the Best Director. The film has been known for its amazing representation of the war.

The film was produced by DreamWorks Pictures, Paramount Pictures, Amblin Entertainment, and Mutual Film Company in a mutual collaboration. Stars of the film include Tom Hanks, Edward Burns, Matt Damon, and Tom Sizemore as well. It is ranked at number 71 of the top 100 movies in the history of America.

Shakespeare in Love is considered as an all-time grossing film which belonged to the romantic comedy genre. With a limited budget of $25 million, the firm was able to max out its gross rentals at more than $289 million. In 1998, it was the 9th grossing film.

The film is a portrayal of the love story of William Shakespeare and Gwyneth Paltrow while Shakespeare was writing the famous novel, Romeo, and Juliet. The film was called Shakespeare in Love because the story and many characters and lines were based on the plays by Shakespeare. It also received the award for Best Picture, Best Original Screenplay and two other awards for Best Actress and Best Supporting Actress.

Warner Bros. Inc. has been one of the  top film production companies and is also referred to as a diversified American multinational mass media and entertainment company. The firm is a self-established leader in the film industry.

The year 1998 marked the time when Warner Bros completed the first 75 years of its foundation. This was the same year when one of the films by the company was ranked among the top 10 films of the year. This was Lethal Weapon 4 which received a gross earning amount of $285 million. The song Frozen was sung by Madonna was one of the most popular songs of 1998 released on 23rd February 1998 by Maverick and Warner Bros records. The song revolves around the story of a cold and emotionless human. The song was so successful that it was a masterpiece and the sound effects to be cinematic.

The song became the number one in Finland, Greece, Hungary, Italy, Scotland, and Spain while it reached the top five everywhere else. In 2005, Frozen the song was considered to be plagiarized and a court ordered it to be banned. The long ban of 9 years was overturned in 2014 under another ruling.

The year 1998 was famous due to a number of different types of theatres and films focusing on the musical dramas and stories. Footloose and Ragtime were productions by the musical theatre, Broadway production, and ran for over 700 performances each. Other famous musical plays included Hedwig and the Angry Inch (Stephen Trask) and High Society.

Famous American musical films released in 1998 include Blues Brothers 2000, Meeting People Is Easy, Mulan, The Prince of Egypt, Velvet Goldmine, and Why Do Fools Fall in Love. Many of these films received several Grammy Awards for being exceptionally good and unique.

A Year of Awards

Different bands and singers that were once considered to be great were now added among the Rock and Roll Hall of Fame which includes  The Eagles, Fleetwood Mac, The Mamas & the Papas, Lloyd Price, Santana, and Gene Vincent. For the first time in the United States, Viagra was approved to be sold commonly as it was approved by the Food and Drug Administration authority in the USA. Viagra was a medicine that was used to treat sexual hypertension as well as the problem of erectile dysfunction.

The FDA primarily approved it for erectile dysfunction on March 27 and allowed for further research on the subject matter. This marks an important event since many other medical companies also started working on their own similar products for the commercial market.

The world’s biggest search engine having the biggest database of users, Google Inc., was formed on September 4, 1998. Google was just a search engine in the start, but the corporation soon had other interests in the field of technology which included online advertising, cloud computing, software, and hardware. Today, Google stands among the top 5 companies of the world. iMac is among the first ones that was developed as a Macintosh desktop computer designed and built by Apple. It was one of the prime products of Apple and had its debut in August 1998. With over 7 different improvements, the iMac evolved over time. It was a CRT Monitor enclosed with a translucent case while it also added the option for solid-state drive or hard disk storage along with the aspect of Apple Fusion Drive.

The iMac was a unique product which helped in further advancement of the industry when Microsoft and other big companies also started to reduce the size of the computers.

The year 1998 is significant for the sport of Football due to major championships and cups played by multiple nations. Most important event is the FIFA World Cup of 1998 held between 10 June and 12 July 1998 in France. The World Cup was won by France against Brazil on a score of 3 to 0.

Other important football events and league match events of the year include the UEFA Cup won by F.C. International Milano against S.S. Lazio on a score of 3–0. The Champions League was held where Real Madrid beat Juventus on 1 to 0. Copa Libertadores and Ecuador – Ecuadorian Serie A Champions for football were also held.

1998 was the year when golf players were paid one of the highest amounts of all time. It became one of the expensive sports of the era. There were several major events related to Golf round the globe. The professional men’s championships included the Master’s Tournament won by Mark O’Meara.

The US Open and British Open were also held which were won by Lee Janzen and Mark O’Meara, respectively. Although Vijay Singh was the Champion of the PGA Tour, David Duval became the money leader with an income of more than $2.5 million. Most accomplishments, however, for the year were for Mark O’Meara who was also the PGA Tour Player of the Year. 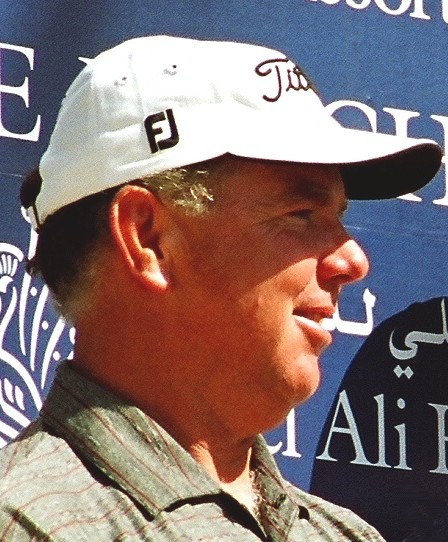 Who wants to be a Millionaire?

The famous show “Who Wants to Be a Millionaire?” was debuted in the year 1998 of 4th September. The show revolves around one on one question and answer session between the participant and the host. The participant had to answer the questions which earned him a significant amount of money, the last of which was $1 Million.

It was initially hosted by Chris Tarrant who continued the show for the next 16 years until it was called off on 11th February 2014. The revival series was then held between 5 and 11th May 2018 to have the 20th  anniversary celebrated but it was hosted by Jeremy Clarkson this time.

1998 was the year when Mary Elle Fanning was born. She is a famous young American Actress and sister of Dakota Fanning. She made her first appearance in the film debut “I Am Sam ” as a child actress while she had several other films played as a child as well which included Babel and Phoebe in Wonderland.

However, she got a breakthrough in her career in 2011 in her starring role of the film Super 8. She earned a Spotlight Award at the Hollywood Film Festival for this movie as well. In 2019, Fanning became the youngest person to serve as a jury member at the Cannes Film Festival. The start of the year was not good for President Bill Clinton of the United States. The Drudge Report was published against President Bill Clinton on 17th January which said that the President had sexual relations with a former White House Intern, Monica Samille Lewinsky. She was an American activist and television personality later in her life. The report said that the affair should lead to an immediate impeachment of Clinton as the President.

Although initially, the President denied all such rumors but later accepted it himself.

The problems for Clinton rose and the issue was taken up in the senate by the U.S. House of Representatives who voted to commence impeachment proceedings against the President for high crimes and misdemeanors. Clinton was impeached on December 19, 1998.

It was an important economic year for the United States as there were several positive economic indicators. One of the most important ones was the dropout in the rate of unemployment to only 4.3% which was the lowest since February 1970. The GDP for the company was $9.063 trillion and was further improving as well.  There was a 4% economic growth rate which showed that the economy is growing at a high pace.

These indicators just showed that America was improving its position in the world as a superpower and was one of the most successful economies of that time as well.

There were attacks on the United States Embassy at multiple places in August 1998. More than 200 people were killed when there were truck bomb explosions in East African Countries of Tanzania and Kenya. It was later found out that these attacks were linked directly to Osama bin Laden and Egyptian Jihad. The FBI then placed Bin Laden on the top ten most wanted fugitives list.

1998 was a stable year for the United States as well as many other countries. However, issues like the sexual misconduct of Bill Clinton and United States embassy bombings shook the US economy to a major extent. Nonetheless, the media and showbiz industry were at a growth stage which has contributed towards the modern-day pop culture of the world.