The year 1991 was a happening year in the world of pop culture. With the USSR dissolving, termination of the Warsaw Pact, and signing of the START I treaty, a lot was happening in the world. The heavy metal band Metallica released their fifth album, self-titled Metallica, Terminator 2 premiered and was an even bigger hit than the first Terminator movie, and MC Hammer popularized a dance form called the Hammer.

Let us go through the highlights of the pop culture of the year 1991.

Seven years after the release of The Terminator, its sequel was released in 1991. It starred Arnold Schwarzenegger, Linda Hamilton, and Robert Patrick. Produced and directed by James Cameron, it was a favorite of both fans and critics. When released, it was the most expensive film ever made, with a budget of about $100 million. It was also heralded for its breakthroughs in computer-generated imagery.

The movie grossed $520 million worldwide and was praised for its visual effects, performances of the cast, and the action scenes. It was the recipient of several awards, including Best Science Fiction Film, Best Direction, Best Visual Effects, and Best Sound Effects Editing. In 2011, the film was ranked 77 on American Film Institute’s 100 Years… 100 Thrills.

The second-highest-grossing film of 1991, Robin Hood: Prince of Thieves,was based on the 12th century English folk tale of Robin Hood. It starred Kevin Costner as Robin Hood and was directed by Kevin Reynolds. Though the film received mixed reviews from the critics, it was loved by the audience. Kevin Costner earned the Golden Raspberry Award for Worst Actor for his performance as Robin Hood.

Released in 1990, Home Alone is a comedy film that stars Macaulay Culkin as an eight-year-old boy who is left behind when his family goes on a Christmas vacation. Made with a production budget of $18 million, it grossed $476.7 million worldwide. It was a Box-office success, occupying the first place at the box office for 12 weeks, from November of 1990 to February of 1991.

The film was followed by a sequel in 1992, Lost in New York, which was just as successful. 60 Minutes is a TV program that employs a magazine format. It was broadcast on the CBS television network for the first time in 1968. It has been ranked among TV Guide magazine’s 60 Best Series of All Time. It was differentiated from other news programs because of its reporter-centric investigation style. 60 Minutes was the top-rated prime television series in 1992.

Having the second-highest ratings in 1991, Roseanne was aired on ABC starting from 1988 until 1997. It was a sitcom comedy-drama and revolved around the fictional family of Roseanne Conner, played by Roseanne Barr. The series won multiple awards and was lauded for its realistic portrayal of a working-class family.

Brian Beirne Is Featured on the Hollywood Walk of Fame

On January 18, 1991, Brian became one of the few celebrities from Radio to get their star on the Hollywood Walk of Fame. Brian is also known as ‘Mr. Rock N’ Roll’ for his extensive knowledge regarding the rock genre. After years of utilizing uncategorized data to track music sales, Billboard now finally announced that they’d be using Nielsen’s SoundScan technology to capture music sales data from cash registers directly. With the help of this technology, it became possible to keep an actual account of the number of records sold by any artist.

They released their fifth album self-titled as Metallica. The album proved to be a hit among the heavy metal enthusiasts. The opening track Enter Sandman earned platinum certification with over 1,000,000 copies sold in the United States alone.

British alternative rock band released their debut album Leisure in August 1991. It was released a month later in the US, with some changes to the tracklisting. The album didn’t gain much traction; however, it proved to be a great beginning for the band.

I Do It for You was a massive hit all over the world, establishing Bryan Adams as a global icon. It was featured in Adams’ sixth studio album Waking up The Neighbours and released as a single. Created by MC Hammer, an iconic rapper of the 90s, the Hammer dance was immensely popular in 1991. The rapper introduced the dance move in the music video for his song U Can’t Touch This. The Sum of All Fears

The Sum of All Fears was written by Tom Clancy and published in August of 1991. It topped the New York Times’ list of Fiction Best Sellers in September. The book is a political thriller and came as the sequel to the 1989 Clear and Present Danger. The book explored the threat of nuclear fears, the idea of lasting peace in the Middle East, and the danger posed by corrupt individuals having a lot of power.

The characters of President Fowler and Elliot have been compared to Bill Clinton and Hillary. The book mostly garnered positive reviews from critics and was described as a thriller from start to end. In 2002, the book was adapted into a film.

Nonetheless, the novel was a huge commercial success. It sold millions of copies and topped the New York Times Fiction Bestseller list from October till December of 1991. The book was adapted into a television mini-series in 1994.

Activewear was a big trend in the fashion of 1991. Wearing activewear such as leotards, leggings, sweatpants, and athletic sneakers were common among teens and youngsters too.

Even though these were made for the gym and working out, people also liked to wear them casually. Another trend was to layer pieces of clothing over each other, i.e., layering oversized t-shirts over turtlenecks, layering socks over leggings, etc. Trending hairstyles included bangs accessorized with headbands and scrunchies. 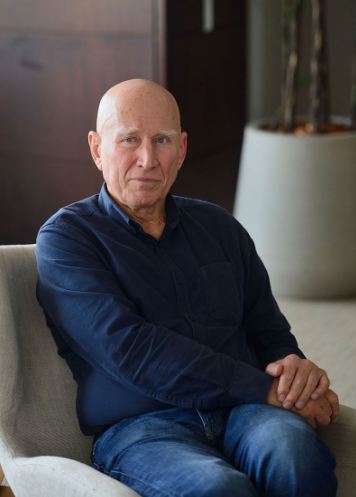 The Brazilian photographer and photojournalist Sebastiao Salgado had two one-man shows in New York and a third exhibition at the International Center of Photography. Articles in newspapers sang his praises endlessly.

The director of the Museum of Modern Art’s photography department resigned in 1991 after serving for 29 years. In these years, John Szarkowski had made substantial contributions to raise the status of photography.

The Lure of Fame

The Annie Leibovitz exhibition at the National Portrait Gallery in Washington drew crowds large enough to double the business in the cafeteria. Toilet paper and paper towels ran low. Intel now finally had competition in the 386 CPU architecture arena. However, AMD was able to prove itself worthy by pumping out more raw power from their CPU. They were able to provide a clock speed of 40Mhz as compared to Intel’s 33Mhz CPU at that time.

HP introduced the world’s first color image scanner back in 1991. It was capable of scanning 400 DPI; however, it was later improved to 800DPI using driver updates and software techniques.

Linus Torvalds began working on the Linux Kernel from his home, and finally, he finished the first working Linux Kernel in 1991. To further enhance its functionality,he made sure it was open-source, so most computer enthusiasts could use it.

Linux never became much popular on desktops and laptops; however, it was immediately adopted for supercomputers and servers.

The internet culture was still in its infancy stage; however, on August 6, 1991, the World Wide Web’s first page went live on the internet. Surprisingly the web page is live to this date.

The first Women’s Soccer World Cup was held in 1991 in China. Before this, there were many unofficial tournaments held for women; however, none of them was given any importance until FIFA decided to form a dedicated tournament for female soccer players.

Out of the best-of-seven, Minnesota Twins were able to win four games as compared to three by Atlanta Braves. It was selected as one of the greatest World Series of all time by ESPN in 2003.

Michael Jordan was declared the MVP of the 1991 season. The Persian Gulf war ended in 1991 due to the intervention of UN forces. A ceasefire was implemented that ended the war. The UN forces came out to be the victors.

The UN Security Council adopted Resolution 687 that required Iraq to eliminate its secret nuclear weapons program, which was revealed after the Iraqi defeat in the Persian Gulf War.

Such treaties had been signed before to eliminate or lessen the looming threat of nuclear war after the destruction observed in the 2nd World War. On June 3, 1991, France decided to sign the 1968 treaty that called for banning the spread of nuclear weapons.

China also accepted the nuclear non-proliferation on August 10 of the year.

President George H. W. Bush and Gorbachev signed a START treaty that called for added reductions in US and Soviet nuclear arsenals and on-site inspections. Bush announced the elimination of most US tactical atomic arms, took strategic bombers off alert status, and called for further reductions in ballistic missiles because of increasing Soviet political instability.

European countries ended their sanctions on South Africa on April 15 that included an embargo on oil, arms, and law-enforcement equipment, a ban on military cooperation, discouragement of cultural and scientific links, a ban on nuclear cooperation, and the withdrawal of military attaches.

After these sanctions ended, the South African parliament repealed the apartheid laws to remove racial segregation.

March 1991 elections left the Party of Labour in power, but due to protests, another “stability government” was formed that included non-communist people. This step led to the ultimate ending of the communist government of Albania.

The Warsaw pact had been established as a treaty of friendship, cooperation, and mutual assistance between the Soviet Union and Soviet satellite states in Europe. On July 1, 1991, the Czechoslovak President Václav Havel formally ended the Warsaw Treaty.

Thomas Clarence was accused of sexual harassment by professor Anita Hill, right when he was supposed to be appointed on the supreme court bench. His character was discussed all over the nation. But in the end, polls were conducted, and as a result, the Senate sent him to the bench by a vote of 52 to 48.

The US economy was at its all-time lowest point. The unemployment rate was 6.8 percent. Many industrial titans had to lay off their employees due to the economic downfall. The deficit was calculated to be at nearly $400 billion, and the Federal Reserve dropped its discount rate to levels that had not been observed since 1964.

USSR dissolved on December 25, after the resignation of President Gorbachev.The former superpower was split into 15 independent and sovereign states.

Though the US economy saw an all-time low, the pop culture still flourished. Important treaties like the START I was signed, the South African parliament repealed the apartheid laws, and the USSR dissolved. The first Women’s Soccer World Cup was held in China, the world’s first image scanner was introduced, and the World Wide Web’s first page went live.