The 1970s were a great time for a change in the world of music. The Beatles had broken up, and new artists were emerging who would shape the sound of the decade. The new artists of the 70s instantly gained recognition and became a global sensation. If you’re a fan of soft … Read more Pop culture is ever-evolving. Everything people knew from the 60s changed, and new trends came in. A lot of things happened in the 1970s, and there were many iconic moments in pop culture that are remembered to this day. The 1970s was a year of great movies and music. However, the decade … Read more

The aftermath of political turmoil and socio-cultural disruption of the 1960s was the utmost carefree outlook of the 1970s. It seems as if the people of that era were trying to break free from a significant generational trauma through several social and cultural movements, such as the feminist movement.  Overview of this … Read more Every passing year left behind some unforgettable events that are remembered for the coming years. Similarly, if we look back to 40 years ago, 1977 was a historical year in history, ranging from pop culture to technological advancements; it passed with many more events that are still kept in books. If you … Read more Pop culture is a constantly evolving phenomenon. However, since the intervention of technology in our daily lives, this change has become more evident than ever. The year 1970 had several unique events that were the spotlight of public interest. These encompassed things like the TV and film industry, music albums, breakthroughs in … Read more 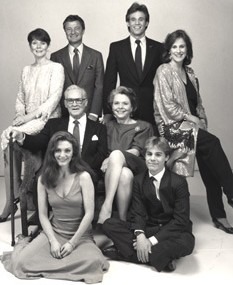 Pop culture covers everything from television and film to music, sports, and technology. In the year 1975, new records were made in film and television, dance moves such as the ‘hustle’ became a hit, the first hand-held camera was invented, and the third and final boxing match was held between Mohammed Ali … Read more An era marked by the activism of all sorts, society in the 1970s was becoming more woke, free to the individual sense, and politically more driven. The Vietnam War came to an end with the ordinarypeople vouching for peace movements and refusing to send their fellows on any other voyage that would … Read more With its ever-increasing consumerism, 1977 was an exciting and promising year in the world of popular culture. President Jimmy Carter was sworn in and worked on global peace and energy research and development; there were increased debateson gay rights, developments were made in space programs, and the first-ever personalized computers became available. … Read more Pop culture can be observed everywhere. In fact, most things you do in your adulthood are probably part of the pop culture of where you live. The adults of 1974 were no different. The year was filled with exciting events, starting from box-office hits and Stephen King’s debut novel to public scandal … Read more 1976’s Pop culture was unique in its way. It had the grunge of pre-1975 and vibrancy of the 80s. Major technological shifts were occurring; more and more households now had color televisions.  VHS allowed the viewers to record their favorite shows and watch them later.  Jimmy Carter became the 39th President, and … Read more