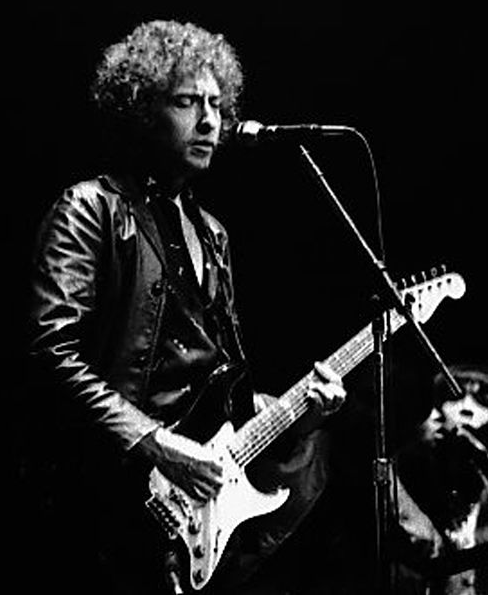 Even if you weren’t alive during Bob Dylan’s peak years, you probably know his name because of his influence. Bob Dylan has been a major figure in popular culture, as he was often regarded as one of the greatest songwriters of all time. Though he appeared to be a pop singer, he was so much more than that because he influenced a whole generation.

Bob Dylan was a folk singer who was involved in the Civil Rights Movement, and was one of the first musicians who took an active role on moral issues. He united people through his music, and he created new poetic expressions within the American song tradition. Here are some things you should know to see how Bob Dylan became a huge influence to pop culture.

Before Bob Dylan, folk music was dominated by bearded guys in cable-knit sweaters fantasizing about being soldiers or sailors. There was already a topical songwriting element to folk music, as exemplified by Pete Seeger and Woody Guthrie, but Dylan democratized the form.

Starting with his sophomore album Freewheelin’, Dylan began to introduce social and political themes to folk music. This album had songs that openly questioned things he felt was unjust, which also made his fans and listeners think. The song “Blowing in the Wind” questioned why northern politicians have not yet done something about the African Americans who were oppressed in the country, especially in the south.

He pioneered the American folk-rock music

Early in his career, Bob Dylan showed the world he can be versatile. He had the balls to take an electric blues band on stage with him at the Newport Folk Festival in 1965 and cranked up the volume. By going electric, he was able to invent folk rock music, laying down the blueprint for the soundtrack to the whole counter-cultural experiment. This moment was one of the landmark events in rock history, but many of his folk music fans felt so angry and betrayed that they booed him off stage at that event.

Bob Dylan supported civil rights activists by using his power, influence, and of course, his songs. With writing and singing about the atrocities that people face, he was able to bring civil rights issues into public light.

Barely out of his teens, Dylan wrote “A Hard Rain’s a-Gonna Fall,” which presented a string of apocalyptic images that changed the way topical singers thought about writing protest songs. He described it as a song in which each line was a start of an individual happening he was fearful of not living long enough to write – this being the era of the Cuban Missile Crisis.

And when he wrote a protest song, it actually made a difference. His powerful 1964 account of the death of a black barmaid due to a white man’s beating, “The Lonesome Death of Hattie Carroll,” made the killer live the rest of his life in bitter humiliation. The song’s underlying truth conveyed powerful sorrow at the state of racial affairs, as the incident happened in Baltimore where racial segregation was still alive at the time. Dylan was just 22 when he penned the song.

Bob Dylan’s music was impactful and influential because he brought an unparalleled artistic and philosophical depth to pop lyrics. He incorporated a wealth of historical, literary and religious references within chains of flashing images. The way he wrote his songs had an impact on American culture and society, and made the public aware that pop songs are not all about love and feelings. He redefined what was acceptable and possible in pop singing.

Dylan’s body of work excelled more than the work of his peers and predecessors in the same genre. His melodies are sweeping, and his lyrics are memorable. He addressed social, political, and philosophical themes through his lyrics, which wasn’t done by songwriters of his genre before him.

In 2016, Bob Dylan was named the winner of the Nobel prize in literature, making him the first musician ever to earn the honor. According to the Nobel Prize committee, Dylan was chosen “for having created new poetic expressions within the great American song tradition.”

The selection has raised some controversy, as literary scholars and poetry purists question whether music can be considered literature. But whether they admit it or not, Dylan’s songs have deeply moved more people with their prose than the past 10 literary prize winners put together. Him being selected just meant that Dylan had a profound influence in literature with a significant and ongoing impact on culture.

Dylan is a single phenomenon, and his catalog of hundreds of songs written over half a century has put him in a unique position that made him eligible for the award. No other musicians may ever be awarded the prestigious Nobel prize again.

When Dylan arrived in the New York music scene in the early ‘60s, it was a pivotal time in the cultural development of the US. The post-World War II era gave rise to the Cold War, spawning a so-called “Beat Generation.” This generation were associated with anti-establishment writers like William Burroughs, Allen Ginsberg, and Jack Kerouac. The “Beats” had a bohemian lifestyle and are congregated in New York City. The Greenwich Village in New York became a center for the underground, socially-conscious folk movement who emphasized the importance of lyrical content.

His songwriting and music made teenagers look to the works of City Lights “Beats” poets like Allen Ginsberg, Lawrence Ferlinghetti, and Gregory Corso. He also offered a route into the writings of symbolist poets like Paul Verlaine, Arthur Rimbaud, and Charles Baudelaire.

When Bob Dylan wrote “It Ain’t Me, Babe,” it was considered as the world’s first anti-love song. The song was the last track on his 1964 album Another Side of Bob Dylan, which was a special album for a lot of reasons. While the song can be seen as an anti-love song on the surface level, it was about so much more. It also talks about the refusal to conform or bow down to expectations, which can be extended to a generation, a country, or an artistic movement. It’s one of Dylan’s most flexible and ever-evolving songs.

“It Ain’t Me, Babe” is also a unique song because it’s one of the first times we can see the narrator defining himself by what he isn’t, rather than what he is.

He was a huge influence to The Beatles

The Beatles are an iconic rock band and has been a pop culture phenomenon of their own, but they owe a lot from Dylan. Bob Dylan’s music, lyricism and attitude has been a huge influence for the band. When The Freewheelin’ Bob Dylan album was released, the Beatles just played it over and over again, according to George Harrison. John Lennon said, “The content of the song lyrics and just the attitude – it was incredibly original and wonderful. For three weeks, we didn’t stop playing it. We went potty about Dylan.”

When Dylan released songs such as “Like a Rolling Stone” and “Positively 4th Street,” pop singles usually talked about lovey-dovey romantic party things. Suddenly, it became acceptable to explore new vistas of theme and nuance in pop writing, which influenced John Lennon in letting his inner cynic off the leash in their songs.

It was also Dylan who introduced The Beatles to pot, without which there may have been no albums like the Revolver, Rubber Soul, and Sgt. Pepper’s Lonely Hearts Club Band.

It’s hard to put Bob Dylan’s music in a box – he was varied and unpredictable. On several occasions, he deliberately appeared to defy people’s expectations in a career-threatening manner, most notably with his 1970 double-album Self Portrait. The collection of songs was shambolic that it caused Rolling Stone writer Greil Marcus ask “What is this shit?” after first listening to the album. Marcus’ line even became a legendary catchphrase.

But in 1975, just when most fans and critics considered him washed-up and mined-out, Dylan released Blood on the Tracks and many saw it as a return to his original form. The album was an indisputable classic that contained some of his finest songs.

In the late ‘70s, Dylan became a born-again Christian and released a series of contemporary gospel albums, and everyone thought he was washed-up again. After a terrible time in the 1980’s, Dylan finished the decade on a high note with Oh Mercy, which was one of his most memorable albums.

When Dylan released his last album in 2009, Together Through Life, he reached number one in the Billboard 200 charts in the US. He became the oldest artist (age 67) to ever debut at the top of the chart.

He was quick to sidestep cultural trends

Dylan is not one to stick to the norms – he is often quick to sidestep it and slip into another territory, becoming a trendsetter on his own. He became the “guiding spirit of the counter-culture generation,” as Time magazine has put it.

When the Western youth became obsessed with protest songs, he slipped into something surreal and personal. A few years later, when the youth were interested with the DayGlo counter-culture which those surreal songs had helped create, he opted out of the psychedelic to a more rootsy material with his friends in the Band. It resulted to the creation of the Basement Tapes album, which became a trove of strange new material for other musicians to cover. This album brought about the bootlegging phenomenon and a widespread interest in what became known as Americana.

Dylan also dipped his toe into the world of filmmaking. Just as when the world was crazy about disco in the mid-70s, he chose to revive the notion of a travelling gypsy revue of poets, troubadours, and playwrights, creating the film “Renaldo and Clara.”

He is one of the most covered songwriter of modern times

As one of the great songwriters of the 20th century, Bob Dylan’s greatness is reflected in the extraordinary amount of covers of his work. Jimi Hendrix’s version of “All Along the Watchtower” superseded Dylan’s original in terms of popularity and musical prowess. Dylan himself acknowledged that Hendrix’s version was superior to his original.

His 1997 classic “Make You Feel My Love” had hit versions by Adele, Billy Joel, and Garth Brooks.

Bob Dylan has been quoted in American legal proceedings more times than any other songwriter. According to a 2007 study, Dylan was quoted a whopping 186 times, compared to The Beatles’ paltry 47.