Pop culture follows nothing but the beat of the majority. Pop culture is composed of traditional and cultural products such as art, literature, film, fashion, etc., consumed by the public because of their appeal. Because of this, pop culture is widely known by many as it is a product of mass consumption. … Read more When thinking about the most successful artists of the 80s, there are some names that come to mind immediately. Madonna, Michael Jackson, Prince, and Whitney Houston are all examples of musicians who had massive success in the 80s. But they weren’t the only ones. There were many other artists who achieved great … Read more 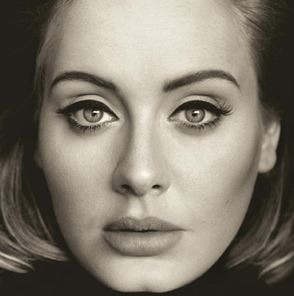 The 2010s have been a great decade for music. Many new and talented artists have emerged, and some have even achieved mainstream success. So, who are the top 10 most successful artists of the 2010s? Let’s take a look! Lady Gaga Lady Gaga has sold millions of records and won multiple Grammy … Read more What are the ten most popular albums of all time? There’s no definitive answer, but there are certainly some albums that stand out above the rest. Some albums are known for being among the top-selling around the globe. These albums have reached milestones in their respective era and are recognized as the … Read more There are many popular artists in the world, but only a select few can be considered the most famous. These are the artists who have transcended time and genre and whose work is known by people all over the globe. In this blog post, we’ll take a look at the top 15 … Read more Hip-hop is arguably one of the most popular genres of music today, and it has already spawned numerous sub-genres like rap, metal hip-hop, and more. The popularity of hip-hop has also been quite outstanding in terms of longevity, as the genre remained popular in various decades, and although there are particular years … Read more Any mention of Jimi Hendrix conjures up images of burning guitars, Woodstock, and extraordinary guitar skills. His influence in the music industry speaks for itself, but his influence on pop culture is also huge. The wider entertainment industry uses the appeal of rock gods such as Jimi Hendrix in the video game … Read more The 90s has been one great decade and can be said as an era of revolution. From technology to the media industry, everything changed in a unique perspective which is why the 2000s and onwards have been one great journey for us. One main influence on the pop culture of the 90s … Read more