The last decade of the 20th Century was significantly important for the major events that took place in this time. With a revolutionary change and an ever-great advancement in technology, the decade of the 90s is still considered as an important one for the current standards and modern era where we live. The 1990s is considered as the decade of relative peace and prosperity mainly because of the fall of Soviet Union which was having a long drawn cold war for decades. The uses of the internet and other aspects have also contributed to the 1990s being significant.

The important pop culture highlights of the 1990s is provided in the article below. Find out more about how this became an interesting decade of all times.

The Hollywood industry became more interesting and the primary focus was on the different types of multicultural as well as action and thriller movies. Family animated films such as Stuart Little were also important. The trend of musical films was reduced along with the films being based on war. The 1990s was a time when fun-filled adventure films were at their peak and many 90s toys were even heavily influenced by these films. Also, many actors who are working today were born in the 90s period. Music in the 1990s was more in the grunge, “gangsta” rap, R&B, teen pop and electronic dance genres. This changing trend and pattern were brought by the different types of musicians of the time such as Dr. Dre, Celine Dion, Mariah Carey, D’Angelo, Lauryn Hill, Whitney Houston,   Moby, Fatboy Slim, Björk, Aphex Twin and others as well. In general, the most famous kind of music of the time was Hip-Hop music. The trend of clubbing and parties had also increased which led to more demand for party music.

The 1990s is considered as the decade that was most important for the field of science and technology. The usage of the internet, one of the main aspects of the modern digital era, started to become common in the 1990s. Many of the famous inventions regarding IT and communication were developed in these times, a better version of which is still available today. Significant changes were there due to a higher usage of personal computers in people’s lives. Sports became more common and widely played in the 1990s. More countries were now participating in the world-wide championships such as FIFA World Cups, Olympic Games, Commonwealth Games, and others as well. More games were also announced which were to be played on a national and international level. The design trends of the 1990s were more towards the minimalist fashion. This was quite different from the excessive fashion trend that was present in the decade of the 1980s. An important aspect of the global fashion was the increase in popularity of Earth and Jewel Stones. Casual clothes became much popular such as T-shirts, jeans, hoodies, and sneakers. 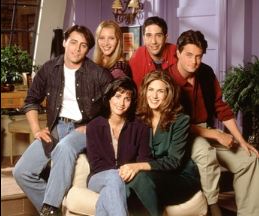 A year with a unique era for television shows and programs. The general shows such as news shows, and morning shows were not as much popular in that time, but the American Sitcoms became a worldwide hit. Moreover, the concept of medical dramas was introduced in the mid-1990s and many shows turned out to be successful, according to National Broadcasting Company. It was probably the last decade where literature was highly important. Following this decade, there has been more focus on movies and films rather than literature itself. Yet, there were some highlights in this area too. The major events of the 1990s that were reported in the News are listed below. These events were very significant for the future of the United States as well as other parts of the world. Many unexpected events took place in this decade, but it was still a peaceful time.

It is said that the 1990s was the decade of peace and prosperity as there were no major wars in this period. The concept of terrorism and terrorist attacks was not quite there in this time. Most important element of this decade was the advancement in technology, the creation of handheld phones, and the wide access of the internet which helped in creating a digital era in the 21st century.