With its ever-increasing consumerism, 1977 was an exciting and promising year in the world of popular culture. President Jimmy Carter was sworn in and worked on global peace and energy research and development; there were increased debateson gay rights, developments were made in space programs, and the first-ever personalized computers became available.

However, what kept the working class tethered to life was the birth of the ever-golden Star Wars saga, the advent of home video gaming consoles, and some of the best rock music. Once all these options were exhausted, the Americans were seen dancing on lighted floors in the newly mainstream disco style.

Let us take a look at the highlights of the pop culture of 1977. The dawning of Star Wars

George Lucas’ sci-fi movie Star Wars: Episode IV nailed it at the box office, breaking all records with its new special effects. It unquestionably began one of the most popular franchises and won 6 Academy Awards, including the Best Visual Effects.

Starring Deane Keaton and Woody Allen, Annie Hall was also one of the highlights of the cinema that year. It explored relationships and revolutionized women’s wear, inclining them towards ties and belts that were hitherto thought of as men’s wear.

The 007 brand was rekindled with a double budget and a new face when The Spy Who Loves Me brought in not just better and bigger stunts but also business for its producers.

J.R.R. Tolkien’s The Hobbit also premiered on NBC as an animated musical film that year.

The Goodbye Girl was another hit feature of the year, winning Richard Dreyfuss an Emmy Award for the Best Actor in a leading role. Alex Haley’s Roots, directed by Marvin Chomsky and Gilbert Moses, was an ABC miniseries that upheaved the roots of the American television records by owning nine Primetime Emmy Awards, a Golden Globe, and a Peabody Award. It received unparalleled ratings and is still the third most-watched finale ever.

When mass media reawakened the people with sitcoms

CBS kept providing full coverage of all topics from science and pop culture to politics and business with its oldest and most-watched 60 Minutes. ABC kept the families glued to hit comedies such as Laverne and Shirley and Three’s Company and CBS to All in the Family. The 70s were a time of pushing the boundaries and experimenting with bold and challenging content, and these sitcoms touched on this content phenomenally.

Laverne and Shirley focused on two female friends away from home, and All in the Family spooked the Americans with the still not well-received topics of feminism, menopause, homosexuality, and infidelity.

All this time,Charlie’s Angels kept on setting trends of bikinis and other sensuous pieces of clothing. The 1970’s experienced The Black Women’s Literary Renaissance, and a huge part of this movement was Toni Morrison, who went on to water her seed with Song of Solomon in 1977, which she had sowed with The Bluest Eyein 1970. Her fictional piece went on to become a Book of the Month Club selection and was later named as one of the best English novels of the 20th century by Radcliffe Publishing Course.

The Fantasy pie topped with Horror and Crime

After the success of The Hobbit, J.R.R. Tolkien went on to earn appraisal for his mythopoeic piece The Silmarillion, posthumously. Stephen R. Donaldson goes on to coin his fantasy world of The Chronicles of Thomas Covenant with its first part, Lord Foul’s Bane.

All this time, Stephan King prepared to add horror and crime to the literary world, that too of a quality which continues to daunt its audience to this day. The Shining went on to become one of his best works ever. With a similar theme, Ruth Rendell worked up A Judgement in Stone depicting a St. Valentine’s day massacre.

The New York Times bestseller, The Women’s Room, was Marilyn French’s debut novel and received a good share of criticism and appraisal. This piece was a turning point for fictional feminist readers as only non-fiction was considered remarkable hitherto. Hence, marking a success for the modern feminists.

Katherine Paterson’s Bridge to Terabithia stood out in this category. Out of all the stories of friendship and loss, Paterson goes on to concoct a magical forest kingdom, hence adding to ideas of fantasy and exodus from that year. The Music industry kicked off with the bestselling rock album of the decade, as Fleetwood Mac releasedRumours, which went on to win at the Grammy’s.

The Eagles soared high with their ever-famous Hotel California, and Led Zeppelin ended their long-loved flight with their last concert in Oakland, California. With Bohemian Rhapsody called the best single of the last 25 years, Queen went on to dominate sports arenas and the world of classic rock across the globe with their hard-rock double A-sided piece.We Are the Champions/ We Will Rock It, which went on to be a forever mammoth in sports arenas and on the radio.

The rock singer Meat Loaf struck fans with a Bat Outof Hell, an album that kept rocking the year. Styx came up with The Grand Illusion, adding to the year’s rock and sci-fi streaks altogether with its fantastical lyrics and their biggest hit song Come Sail Away, dripping of escapism. They sold more than 3 million copies and set their foot firm in the light of stardom.

The death of Elvis Presley

The music realm took a hit as our Can’t Stop Falling in Love star took a fall and was found dead at 42, in his home in Memphis.

The American working class was always excited about the weekend games after long and exhausting weekdays. With baseball, soccer, and basketball being the favorites, some of the highlights of the year 1977 were as follows: The world’s first-ever PC, The Commodore PET, was introduced at the winter Consumer Electronics Show in Chicago. Later that year, Apple was incorporated and introduced its first-ever mass-produced microcomputer for sale at the 1977 West Coast Computer Faire. Apple II marked the beginning of success for its owners and went on to be the most recognizable computer in the next fifteen years.

Getting closer to the dream of faster commuting

The first-ever commercial flight, The Concord, having double the speed of sound, took off from London to land safely in New York and mark a milestone in the history of flying. Later that year, the precursor to the F-117A, Have Blue, gleamed through its first flight, under the Lockheed’s Stealth Aircraft Project.

There were some fateful and unfortunate events in the year 1977.

The first was the Pan American World Airways that was landing at the Canary Islands in Spain when another Boeing from the Royal Dutch Airlines collided with it. Killing over 583 people, it is one of the deadliest accidents in aviation history. The second that year was a charter plane that crashed outside Mississippi, that killed three members of the rock band Lynyrd Skynyrd.

Birth of our beloved GPS

NAVSTAR Global Positioning System was inaugurated by the Defense Department of the United States, a system that would turn the globe around its finger for us in the coming years.

NASA declared its first success of the year when its Space Shuttle, Enterprise, named after a Star Trek Starship, was sent on its maiden voyage as the first orbiter of the Space Shuttle System. It sat on a Boeing 747 and was launched from this aircraft as it was designed and constructed without an engine and heat shield.

A radio signal from deep space was received by The Big Ear, a radio telescope in Ohio, that amazed the State Department of Ohio and still dazzles the astrophysicists of our age, and was hence called the “Wow” signal, NASA was acknowledged again. While this was a part of a search for extraterrestrial intelligence, some scientists believe it was caused by a comet and not aliens.

NASA goes on to begin its Voyager Program to travel and explore the outer Solar System. On the 20th of August, the spacecraft Voyager 2 and on the 5thof September, Voyager 1 were launched unmanned into the outer space.

Stuck to Gaming Consoles at home

1977 marked the beginning of an era of video gaming at home, with the release of Atari 2600 that brought in the use of microprocessor-based hardware and stored games on ROM cartridges. It came with two joysticks and a keypad and nine games on it, with PAC-MAN as the bestseller.

Some other technological highlights of the year included the testing of the first MRI scanner in New York and the innovation of a germ-free suit for a child with SCID by NASA.

Chevrolet ruled it all

The rise of Chevrolet’s Impala, with its sixth generation, narrower and downsized design, made it a style icon. It became the bestselling car in no time, and its muted shades dominated the streets of America all year round.

Ford’s Thunderbird made it to the list of the year’s most powerful car with a horsepower of almost 200. It was the largest intermediate, and with it, Ford did not follow downsizing as the rest of the market. 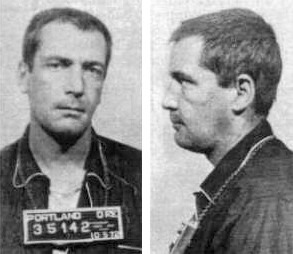 The death penalty was reintroduced in the United States, and Gary Gilmore was executed by the firing squad in Utah. His last words, “Just do it,” became Nike’s slogan for the year and marked some upheaval in American culture. His life and execution were the subject of a novel and then a film later on.

“Save our Children” crusade

1977 also saw an anti-gay movement managed by Anita Bryant that led the voters in Florida to repeal the Miami-Dade County’s gay rights ordinance.

This city-wide electricity blackout saw rampant crime even in the dark. Looting and vandalism were among the major crimes committed that night. It lasted for around 25 hours, with 134 stores looted, and 45 of them set to fire. The frustration that the state’s failure brings along became pretty obvious that night.

With America making it to the greatest nation in the world, its pop culture moved at an unprecedented pace; the fashion changed swiftly, music made its place in no time, sports molded moods, and films won hearts. 1977 was such a time that fantasy, especially of the space, became the underlined theme, and with all their hope and determination, people set themselves up to turn this fantasy into a reality with technology.