Pop culture can be observed everywhere. In fact, most things you do in your adulthood are probably part of the pop culture of where you live. The adults of 1974 were no different. The year was filled with exciting events, starting from box-office hits and Stephen King’s debut novel to public scandal reveals that ended a presidency. The film was the first joint-venture between two major Hollywood studios, Warner Bros. and 20th Century Fox. Produced by Irwin Allen, the film was based on two novels, The Tower and The Glass Inferno.The Towering Inferno was a box office success, making a total of $50,000,000. It was the highest-grossing film of 1974 and was nominated for eight Oscars, including the Academy Award for Best Picture.

This comedy movie centers around a black man who is appointed as the sheriff of an all-white town. A black man as the sheriff in an all-white city is a dig at the racism perpetrated by Hollywood movies that featured the American West. The film shows how the black sheriff, Bart, wins over the townspeople, who were initially very hostile towards him, and then helps them defeat Lamarr, who wanted to force the townspeople out of their homes.

The film had a mixed reception back in the day, with reviews ranging from very good to quite bad. However, it did well in the box office, making $45,200,000 and being the second highest-grossing film of 1974. Today, it is recognized as a classic comedy. The Library of Congress deemed it to be “culturally, historically, or aesthetically significant in 2006.” The film was nominated for six awards, three of which were Oscars.

Important Releases of the Year

Other important releases of the year included Young Frankenstein, The Godfather part II, The Longest Yard, and Murder on the Orient Express. 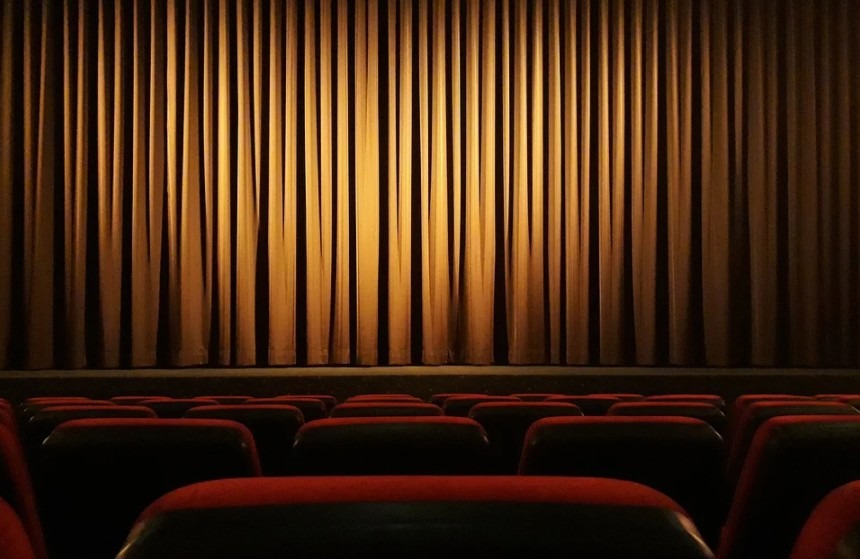 The Autobiography of Miss Jane Pittman was a television film based on a novel of the same name. The film revolved around the life of Jane, who had once been a slave. The film starts with Jane, a free woman, celebrating her 110th birthday. Then it goes on to describe the story of her life. Jane had witnessed the Civil Rights Movement first hand, and so her life story is captivating and mesmerizing.

The film was broadcast on CBS and released on January 31st. It was 110 minutes long and notable for its use of special effects makeup in showing the lead actor from ages 23 to 110. The television film won nine Emmy Awards and was also nominated for a BAFTA award.

Another television drama film, Born Innocent, premiered on September 10th. It was the highest-rated television movie in the US for the year 1974 and was controversial for its depiction of violent graphic content on American television. The film centered around a teenage girl who suffered through psychological, physical, and sexual abuse at a girls’ reform school/juvenile detention center.

The original cut of the film contained a scene where some girls in the detention center raped Chris in the shower using a plunger. Numerous complaints about the scene eventually forced the filmmakers to pull the scene from the film. Duke Ellington, or Edward Kennedy Ellington, was an American pianist and widely recognized as the greatest jazz composer of his time. Born in 1899, Ellington was a bandleader for his band for fifty years and created some of the most distinctive sounds in Western music. He made hundreds of recordings and made appearances in films and radio, and also toured Europe in the years 1933 and 1939. He continued being a bandleader till before his death in 1974.

The Way We Were and Seasons in the Sun were the Billboard top two songs of 1974. The Way We Were was sung by Barbra Streisand and released as the lead singer for her album of the same name. This helped to launch her to be one of the top female pop artists of the 70s.  The lyrics of the song detail the melancholic relationship between the two characters in the 1973 movie of the same name. The song was a huge commercial success, topping the charts in the US and Canada. The song won four rewards, two Academy Awards, one Golden Globe Award, and a Grammy Award.

Seasons in the Sun is an English adaptation of a 1961 song by a Belgian singer-songwriter. An American singer, Rod McKuen, translated the song lyrics in English in 1963. When the Canadian singer Terry Jack sang it in 1974, it became an immediate hit worldwide. Jack had altered the song to talk about a dying man’s farewell to his loved ones. The song was released in the US in December 1973 and made it to the top of Billboard Hot 100 within a month. The New York Telephone Company introduced a new telephone service,”Dial-A-Joke,” on April 1st. Calling 999-3838 would place you on a live call with any of the comedians rotating on the service. You got to hear seven consecutive jokes in a single call.

The service debuted with Henry Youngman and Joey Adams but later expanded to several others, including Morey Amsterdam and Phyllis Diller. It received more than 3 million calls the first month. This unique method helped the company get added revenue as well as relieve pressure to raise rates.

The first commercially successful handheld pocket calculator, HP-35, was introduced as a “personal computer.” Unlike modern-day calculators, it allowed users to make use of programming cards. Pre-programmed cards were available in the market, or you could buy blank cards and write a program yourself.

The device produced lightning-fast results for its time, with 35-keys providing useful functions and symbols. It became the first portable calculator to be used in a space flight and set the basis for future developments in calculator programs.

Troy, a small town in Miami County, Ohio had the honor to run the Marsh Supermarket; it was here that the first item marked with the Universal Product Code (UPC) bar code was scanned at the checkout. The item happened to be a Wrigley’s Juicy Fruit chewing gum. This was bought by Clyde Dawson, the head of Marsh R&D, to demonstrate that a bar code could be printed on even small products.

The new bar code system wasn’t a sudden success, however. Part of this was because it was an expensive and untried technology that only seemed to be useful for mass merchandisers like Walmart. The first big company to adopt the system was Kmart, and it wasn’t until the ’80s that it was popularized in the national business. Following the largely unsuccessful midi skirt phase of fashion, designers were intent upon introducing something of a different nature. The results were big, loose-fitting clothes that were meant to provide contrast to the existing tight, body-hugging styles.

The circular cape, hanging down to the knees, was typical of the new fashion. Coats started to become more tentlike, such as the raglan-sleeved steamer coat, while cardigans resembling dressing gowns came with drop-shoulders.

The fashion of 1974 was far from prosperous. Due to the on-going recession, many shops had to shut down in response to poor sales. It is no surprise then that the T-shirt, which was once thought of as underwear, was worn nearly every day by both women and men. T-shirts that supported one’s favorite sports team or quoted catchy slogans spread like wildfire.

The fact that the leisure suits gained the public attention the same year did not help sharpen the line between sportswear and tailored suits. These fashionable yet inexpensive suits were originally meant for the country, yet they seemed to serve well in both formal business and casual settings. Rumble in the Jungle

The legendary boxer Muhammad Ali, considered by many to be the greatest of all time, refused the Vietnam War Draft in 1966 and was thus stripped of his heavyweight title. Furthermore, he was banned from boxing for several years. In 1974, with his ban lifted, Ali made an agreement with the heavyweight champion of the time, George Foreman, to fight for the title.

Ali made the best use of the technique termed “rope-a-dope” and apparently gave himself up to tiring punches from his opponent, only to retaliate at the last moment with a series of punches followed by a winning knockout. His success earned him the reputation of the second champion to reclaim their heavyweight title.

Henry Aaron of the Atlanta Braves hit his 714th home-run in April, and thus tied Babe Ruth’s famous record for all-time homeruns. Henry would go on to establish a new record of 755 home-runs that would hold till Barry Bonds’ 2007 record-breaker. However, some admirers of Hank still consider him the home-run hero considering the controversy surrounding Bonds’ use of performance-enhancing drugs. Stephen King introduced the world to his fabulous and dark universe with his first novel Carrie. This was actually the fourth of King’s novels, but he hadn’t published any of those works until later. The story followed a tormented teenage girl who had been gifted with telekinetic abilities.

The novel was a huge success among fans of horror and non-horror literature alike and was regarded as a turning point of the genre.

All the President’s Men

This non-fiction masterpiece of Carl Bernstein and Bob Woodward was termed by the New York Times as potentially the greatest piece of journalism in history. Thanks to the brilliant real-life investigations of the duo, several sources came forward to expose the 1972 Watergate scandal. The novel’s 1976 film adaption had to buy the rights to the book for $450,000.

The novel Centennial takes the reader through a wonderful world filled with parallels between the past and fictional history. It was an outstanding example of a story done right. For a book written in the ’70s, many of its lessons would hold steadfast for decades to come.

On August 9th, President Richard Nixon became the first US president to be forced into resignation following several impeachment hearings in May. Nixon’s involvement in illegal activities concerning the Watergate scandal, as well as proof of un-released tape recordings, convinced the public of the wrongdoings and corruption within his administration.

Near the end of the 1974 Academy Awards, David Niven was just about to announce the selection for the best picture when a male streaker ran across the stage only to be nabbed by the security waiting at the end. After a few chuckles, Niven quipped, “Isn’t it fascinating to think that probably the only laugh that man will ever get in his life is by stripping off and showing his shortcomings?”

The year 1974 was rich in pop culture. The film industry was blooming as always, Muhammad Ali was once again the world heavyweight champion, literature saw some of the most distinguished works of the decade, and Gerald Ford took his presidential oath of office as the 38th President of the United States.