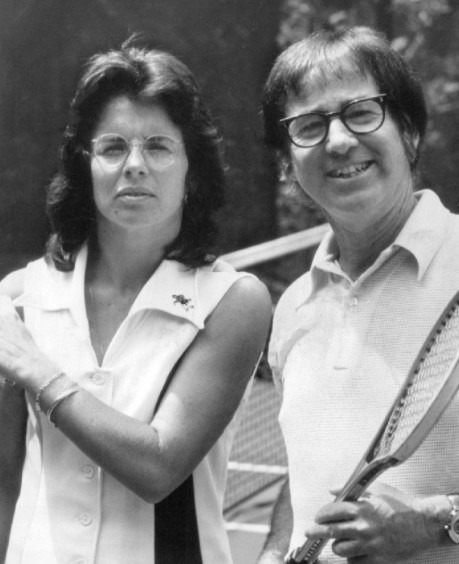 The year 1973 was filled with events in the world of pop culture. It saw the birth of the first mobile phone, the debut one of the greatest horror films of all time, abortion being declared a constitutional right, and the Battle of the Sexes. Read on to get to know all of 1973’s pop culture highlights.

Released in December of 1973, the Exorcist went on to become the highest-grossing R-rated horror film of all times, a record that was only broken in 2017 by the movie It. A Warner Bros. film, the Exorcist was incredibly difficult to shoot. It costed twice its initial budget, and the shoot took twice as long as initially scheduled. It is based on a novel of the same name by William Peter Blatty, who wrote the script for the scene and also produced the film.

The casting for the film was quite interesting, as relatively little-known actors were favored over film stars. Nonetheless, the film was a huge success. It stimulated adverse physical reactions in viewers, from vomiting to fainting and even heart attacks. Moreover, the film was notable for its treatment of Roman Catholicism. It was nominated for ten Academy Awards and is widely regarded as one of the greatest horror films of all time.

This was the second highest-grossing film of the year 1973. It had a complicated plot, featuring two grifters who team up to con a mob boss. The story of the movie was inspired by David Maurer’s book that documented real-life scams by Fred and Charley Gondorff. The film was universally acclaimed, liked by both audiences and critics. It was nominated for ten awards at the Oscars and won seven awards, including the award for Best Picture.

The Sting featured several tracks by Scott Joplin, and the film’s success reignited people’s interest in his songs. The most popular TV shows were All in the Family and The Waltons. All in the Familyran on CBS from 1971 to 1979. It was one of the most successful sitcoms of its time, and the top-rated show in the United States for five straight years. Its subject matter was often controversial, tackling subjects like race, sex, gender, bigotry, and social inequity. A winner of four consecutive Emmy Awards, the comedy series served as a model for seven different television shows.

First broadcasted in December of 1971, The Waltonswas another popular tv series of the 1970s, running for a total of nine seasons. It was created by Earl Hammer Jr and based on his book The Homecoming. The show had rural and family-based themes and was set in the time of the Great Depression and WWII. It did not do well initially, but after some PR campaigns by CBS, its popularity soared overnight. The show won a total of nineteen Emmy Awards.

Kojak, The Young and the Restless, Barnaby Jones, and Police Story were some of the shows that premiered this year. Kojakwas an action crime drama that featured a New York City detective, taking on crime in his city with a relentless and tenacious attitude. The detective, Theo Kojak, was often seen sucking on a lollipop, a habit he picked up as a substitute for smoking. The show had a total of 118 episodes and ran on television from 1873 to 1978.

Barnaby Jones was another detective series that debuted in 1973. The story revolved around a private detective, Barnaby Jones, and his widowed daughter-in-law, Betty Jones, who had their private firm in Los Angeles. Later, J. R. Jones, a family relative, also joins them. Barnaby Jones had practiced as a private detective for many years before he finally retired. However, the murder of his son brought him out of retirement.

Barnaby was an unusual detective who drank milk at bars and restaurants. He was soft-spoken and folksy to a fault, and even though an older man, possessed great strengths in his field. He was good at catching the bad guys, who, more often than not, were people from middle-class suburban families. The show ran for eight seasons and had about 178 episodes. Bad, Bad Leroy Brown was written and sung by Jim Croce. The track was part of his album Life and Times and was a huge success. It earned him a Grammy nomination for the Pop Male Vocalist and topped the Billboard Hot 100 for two weeks. According to Billboard’s rankings, it is the top 2nd song of 1973. The song was Jim Croce’s last number-one hit before his death in the same year.

In upstate New York, three bands, the Grateful Dead, the Allman Brothers, and the Band, played to over half a million people. The festival broke the record of the Woodstock Rock Festival, which was attended by 400,000 people. The festival was a one-day event, and organizers had only sold 150,000 tickets.

Yet, fans showed up without tickets. Around 600,000 people went to attend the event, causing a great roadblock. By the time the concert was over, and crowds had gone home, it is reported that there had been 50 arrests, four road deaths, and one birth.

The first mobile phone call was made by Marty Cooper, an employee of Motorola. The device he used to place the call later became known as the Motorola DynaTAC 8000x. Today’s mobile phone users would be surprised to learn that Motorola DynaTAC 8000x, the first commercially available phone, weighed 2.5 pounds, and had a text-only LED display, and still cost $3,995. That meant that the phone was exclusive to the very rich.

The phone can be seen in some movie scenes, for example, in Wall Street, where Gordon Gekko used it to place a call when at the beach, and in American Psycho, when Patrick Bateman used it to make a fake dinner reservation call.

Battle of the Sexes

The most-watched tennis match of all times, Battle of the Sexes was a tennis match between Billie Jean King and Bobby Riggs. Bobby Riggs had been one of the top tennis players in the United States in the 1930s and 1940s. Billie was a similarly gifted tennis player, with about five Wimbledon titles to her name by the time Riggs challenged her to a match.

Riggs had been mocking and degrading women publicly before he started challenging leading female tennis players to tennis matches. He challenged Billie Jean King to a $100,000 match. The match was heavily publicized, and when it took place, an estimated audience of 90 million watched it. Kings won all three rounds of the game, with scores of 6 – 4, 6 – 3, and 6 – 3. The match brought unprecedented attention to the women’s movement and gained a symbolic significance in the struggle for equality.

The hippie look was still popular in 1973. The fashionable attire of the time included tie-dye shirts, ‘peasant’ blouses, ponchos, capes, bell-bottoms, frayed jeans, ankle-length maxi dresses, and midi skirts. Hippie clothing was made in bright colors, floral patterns, and Indian and Native American patterns. The hippie clothes were accompanied by accessories like chokers, handcrafted necklaces, and jewelry made of shells, stones, feathers, etc.

The simpler clothing trends for women in 1973 comprised of fitted blazers, dresses of all lengths, flared pants, maxi evening gowns, and miniskirts. These dresses were popular in pastel colors. The Paris Peace Accords Is Signed

Signed in January, the Paris Peace Accords was a peace treaty that ended the United States’ involvement in the Vietnam war. The US ground troops had been withdrawing and avoiding the offensive operations for two years, with morales running low when the US signed the treaty. As a result of the pact, all the remaining US troops, including naval and air forces, withdrew from Vietnam. North Vietnamese agreed to release all the US and other prisoners of war.

Inflation due to Oil Embargo

The OPEC – Organization of Arabic Petroleum Exporting Countries – imposed an oil embargo on the countries supporting Israel in the Yom Kippur War. The ban began in October 1973 and ended in March 1974. During this period, the oil prices quadrupled, going from $3 to $12 per barrel.

The export of oil to the US by the OPEC was halted entirely. The embargo had immediate economic effects, with the Middle Eastern countries amassing vast wealth. The oil price shock, accompanied by the subsequent market crash, had a significant impact on the US economy. The recession of 1973-75 is often blamed on the oil embargo.

The US Supreme Court ruled that the Constitution of the United States granted a woman the right to terminate her pregnancy, with suitable government intervention. The landmark decision was called Roe v. Wade and ruled that a woman would have the complete freedom to abortion in the first trimester of pregnancy, with zero intervention from the government. In the second and third trimesters, the government could exercise regulations on abortion, and it would usually only be allowed when the mother had severe health issues.

The ruling started a national debate surrounding abortion that divided the nation into abortion rights and anti-abortion movements, which continues to this day.

Construction of the Willis Tower

The world’s tallest building was constructed in the US. Known as the Willis Tower today, it was then called the Sears Tower and had a height of 1,451 feet (442 meters). Sears, Roebuck and Company, the largest retailer in the world in 1973, employed around 350,000 people. It needed office space for its current staff as well as to accommodate the expected growth. The company hired Skidmore, Owings, & Merrill to design and construct the three-million-square-foot office tower.

In New York City, Sotheby held an auction, titled “The Collection of Robert C. Scull,” which was the first single seller auction of contemporary American art. The auction featured the Pop and Minimal art collection of Robert Scull and went on to make $2.2 million. Jonathan Livingston Seagull Is a Bestseller

First published in 1970, the book was a bestseller in the US in 1972 and 1973. It held the first spot on New York Times Bestseller List for about 37 weeks. The novella was a self-help and spiritual book, featuring a seagull who is learning to navigate life. The book is a spiritual classic and was original at its time.

Once Is Not Enough Is Published

The second-highest selling novel of 1973, Once Is Not Enough was Jacqueline Susann’s third novel. Like her previous two novels, this also enjoyed the number one place on the New York Times Best Seller list. The work reflected the social upheavals of the 1960s and 1970s and was described by Susann as having a theme of ‘mental and spiritual incest.”

The critics only had negative reviews for the book, but the sales of the book told another story. It remained on the New York Times Best Seller list for 38 weeks.

A thriller by Frederick Forsyth, The Odessa File was first published in the year 1972. The book has an exciting plot. Its story follows a German crime reporter Miller on his quest to find the location of a former commander of the SS. What makes the plot interesting is the presence of a German organization called ODESSA – a Nazi underground group composed of former SS members.

Miller successfully incorporates himself into the group, with the help of Jewish vigilantes, and finds his way to the commander Roschmann. At the end of the story, it turns out that Roschmann had murdered an Army Captain Erwin, who was Miller’s father, which was why he had pursued him relentlessly. The book was hugely popular with the public, sold well, and was also adapted into a movie.

With Bille Jean King winning the Battle of Sexes, the first-ever mobile phone made commercially available, and construction of the tallest building in the world, 1973 was a happening year in the world of pop culture.