In the times of an everlasting energy crisis, there was first a literal Solar Eclipse and then on the economy and the US relations with the Soviet Union. The year 1979 marked the end of the decade, but with it came the beginning of the rise of the king of pop, the Afghan War that would turn out to be disastrous in the coming decade, the culture of Walkman and McDonald’s happy meal. The 1970s saw Michael Jackson as the lone warrior he was bound to be. He became a solo performer and made his first breakthrough with his super hit album, Off the Wall. His popular disco and soft rock styles explored not just romance and pleasure-seeking but seeking it till the level of escaping and being liberated from pain and loneliness. This marked his career’s flight to success beyond imagination.

The psychedelics rose to unprecedented heights through the decade but ended it with a concept album that demanded more concepts and freedom with ‘Another Brick in the Wall that went on to be the best seller.

My Sharona by the Knack became the number one on Billboard and remained there for six weeks as its power-pop music stayed sweet in people’s ears for a long time.

With the Bee Gees making people go crazy with their disco fever since 1977, this year their album Spirits Having Flown moved the world as its first three singles were all number 1 and set the Bee Gees for a run of six US chart-toppers in a year, putting them there with The Beatles, Elvis Presley, and Bing Crosby.

In came Donna Summer with her Hot Stuff and Bad Girls and Gloria Gaynor with I will Survive to further add glamour to this long disco run. Hot Stuff became the number one by summer that year while it changed the associations of summer with disco songs by adding rock to the song with a guitar solo. I Will Survive not only became the disco anthem of the year but also symbolized female empowerment, a popular theme of the decade.

Rod Stewarts Album Blondes Have More Fun from 1978 hit the top of the US Billboard hot 100 in 1979. Its song Da YaThink I’m Sexy?was a major hit, and royalties from the song were donated to UNICEF. 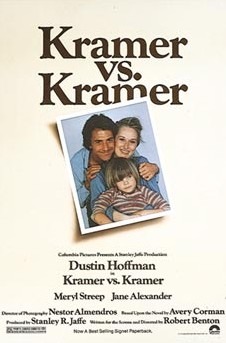 Robert Benton’s legal drama Kramer vs. Kramer explores divorce and its psychological impact on both the parties and their children. It talked about social issues such as the right sort of parenting, work-life balance, father’s rights, and the responsibilities of a single parent.

The movie was the highest-grossing film of the year and went on to win five Academy Awards, including the Best Picture, Best Director and the Best Actor for Dustin Hoffman and for Best Supporting Actress for Meryl Streep.It depicted the increasing rates of divorce and, consequently, broken families, in the fast-moving lives of the mammoth of a country.

The world premiere for Star Trek: The Motion Picture was held in Washington on September 6th and received mixed reviews for its lack of action scenes and overly used special effects. Nevertheless, it went on to be a famous and loved franchise.

The sci-fi genre continued, this time accompanied by horror, with the release of Ridley Scott’s Alien that received widespread fame and was critically acclaimed, winning The Academy Award for the Best Visual effects and 3 Saturn Awards.

The movie revolved around an extra-terrestrial being set loose on a spaceship after the crew of the ship receive a signal from a planet and set out to investigate it.  This marked the increasing acceptance of and interest in Sci-fi and a fantasy world, a way to escape from the dire realities of their lives.

Set in Southern Vietnam, during the wartime, Francis Ford Cappola’s genius Apocalypse Nowwas loosely based on Joseph Conrad’s novella Heart of Darkness. Although its stance on War is still debated on, its anti-war message of the War’s brutality was well-received, marking it as a hit that year.

Taking a break from the horrors and fantasies of the year, The Muppet Movie brought in music and comedy, being the first theatrical film to feature the Muppets, who continue to win hearts and spread smiles with other such theatricals henceforth. After the success of the movie, M*A*S*H was released as a war-related dark comedy. The show aired once a week with half-hour episodes and depicted three doctors on duty in the Korean War. The sitcom continued to air during the Vietnam War and was often presented with the challenge of touching various serious topics while being humorous at the same time but never even once objecting to the Vietnam War.

In 1979 it was airing its seventh season and was the 7th most-watched show on American television. The show went on to win 14 Emmy Awards in its 11-year tenure.

The Dukes of Hazard

The show was aired on CBS, spanned over seven seasons, and at one point, was ranked second only to Dallas. It was an Action-Comedy that was based on the lives of two young male cousins.

This prime-time soap opera was also aired on CBS and had 14 seasons, all famous for its cliff-hangers. It remained the second-highest-rated prime time ever and went on to win four Emmy Awards.

Sitcoms continued to rule television, and Alice was no different. Starring Linda Lavin as Alice, a widow who, with her son to Phoenix and is employed at Mel’s Diner around which most of the episodes revolve.

By the end of the decade, women had started wearing tube tops rather than the more formal jeans and suits.  It was a fashion statement and spoke of how free and empowered a woman was during the 70s.

Pantsuits were still the go-to choice of women working in the corporate sector. Women felt equal with men wearing a pantsuit, and the formal look it gave to the whole attire was not a bad thing.

Skirts with Jackets or Blazers

1979 saw women dressed in skirts and blazers, and the fashion of dressing in sportswear was long forgotten. No longer women dressed as baseball players but wanted to look sleeker, more elegant, and yet smarter.

The decade of the 70s was all about sparkling colors and disco. The belts women wore along with their dresses made a fashion statement too and, in reality, portrayed the mind-set people had in 79.

Fashion for men had not changed much in the entirety of the decade, and V necks were still the go-to choice of most men as a fashion statement. 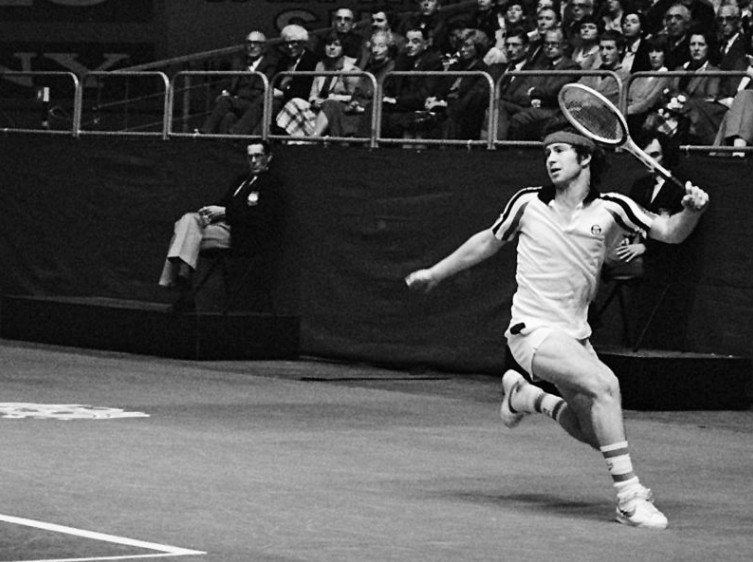 Pittsburgh Pirates won the World Series defeating the Baltimore Orioles in the final. Willie Stargell was named the MVP, and the match was broadcasted live on TV.

Pittsburgh Stealers won the Super Bowl against Dallas Cowboys by a margin of 35-31 in front of a crowd of over 79000. The Super Bowl is a trademark American event and is widely followed throughout the country by old and young both.

The NBA finals featured Seattle Supersonics, coached by Lenny Wilkins and the Washington Blues. For the first and the only time in Seattle’s history, the supersonic took the title by 4 games to 1.

ESPN was launched on cable television with the airing of a live episode of their signature program sports center. It went on to become a 24/7 television service and gained rights to broadcast games for the NBA.

Attacks on US Citizens

The War with USSR was at its peak when the USSR supported Muslim terrorists kidnapped Adolph Dubs, an American ambassador to Afghanistan who was later killed in a gunfight between his kidnappers and the police.

In Tehran, 3000 radicals, mostly, students attacked the US embassy and took 93 people hostage, out of which 53 were Americans. They demanded the former shah of Iran be sent back to Iran.

After false reports from Ayatollah Khomeini that the Americans had occupied the grand mosque in Mecca, a riot group in Pakistan attacked the American embassy killing four in the process.

The 70s was a decade that saw the rise of feminism and the gay movement. On July 8th Los Angeles passed its Gay and Lesbian Civil Rights bill. A major gay rights arch takes place in Washington DC as thousands participate and portrays how serious the Americans were about this issue.

Peace movements also took hold of America as the general population was tired of wars and attacks and wanted to live in peace. The largest anti-nuclear demonstration was held in New York City, where more than 200,000 people were present in attendance.

At a ceremony in DC, the peace treaty was signed between Israel and Egypt.

The SALT II Treaty between the Soviet Union and The United States was signed, limiting the development of strategic arms and banning both countries from making new missiles.

Energy Crisis in the US

Due to the hostage crisis in Iran, the US suffered a shortage of fuel supplies, and thus, there was an increase in oil prices throughout the country. President Jimmy Carter ordered specific days on which one could get your car refueled, depending on your number plate.

There was a nuclear accident in the Three Mile Island. NASA suffers another setback when Skylab space station falls back to earth. It was NASA’s first experimental space station that was launched in 1973 and had three-person crews. Its orbit decayed, and it was calibrated that it would crash over the Indian Ocean; however, some debris landed in western Australia for which NASA got fined.

Voyager 1 explored the outer edges of the solar system, making observations about the moons, rings, radiation, and magnetic fields of Jupiter.

The first fully functional space shuttle orbiter Columbia was set at the JFK space center for its launch.

Pioneer 11, an American Spacecraft, becomes the first to visit Saturn, passing the planet at a distance of 21000kms

The Sony Company launched its Walkman for the US market in 1979. It became an instant success, and it was considered a habit to listen to your Sony Walkman while walking.

The dustbuster was a mini vacuum launched by the black and decker company. It was the first cordless vacuum and became very famous in this year.

1979 saw the end of a decade of polyester, a stop to nuclear reliability, an increase in activism, and harsh steps towards enemies. It was the year where people were giving up the rock and roll lifestyle and were getting more serious about the new War at a difficult front their country faced.

With attacks on various embassies in the Muslim world, the US soon knew there was a new Enemy in the East and one that was not going to give up easily. A culture of escapism from reality ran through the population as they tried to forget how miserable their lives were in front of a cinema screen that portrayed a magical movie, taking them away from their problems.