Pop culture covers everything from television and film to music, sports, and technology. In the year 1975, new records were made in film and television, dance moves such as the ‘hustle’ became a hit, the first hand-held camera was invented, and the third and final boxing match was held between Mohammed Ali and Joe Frazier.

Read on to know more of the important events that took place in 1975.

The First Hour-Long Episode on CBS

As the World Turnswas a television soap opera that started airing in 1956 and had its final episode in 2010. From 1956 to 1975, its episodes were half-hour long. In 1975, hour-long episodes were aired for the first time. Before this, no serial on CBS had episodes of such length.

The first episode of NBC’s late-night live comedy and variety show aired on October 11, 1975. Saturday Night Live would go on to become the most nominated show on the history of Primetime Emmy Awards. It had a total of 126 nominations.

WGPR-TV Is Signed on Channel 62

This was the first television station to be signed on air that was owned and operated by African Americans. The signing on of WGPR-TV was seen as a big step for the African American enterprise back in the day, as it broke the white monopoly over television. Today, the channel is called WWJ-TV.

All in the Family, Rich Man, Poor Man, and Laverne & Shirley were among the top television shows of the year. 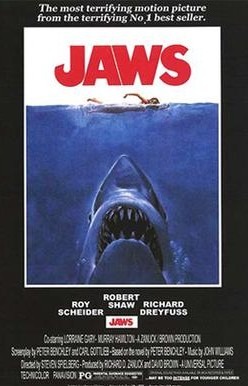 Jaws was a thriller film which was based on a novel of the same name by Peter Benchley. Benchley wrote the screenplay for the film, which was then revised by Carl Gottlieb.The film was the first major one to be shot on the ocean, and difficulties in production caused it to go over schedule and budget.

Due to the malfunctioning of the mechanical sharks designed by the art department, Spielberg decided to work with the “suggestion” of the shark’s presence. This minimalist approach of an ominous presence contributed to the thrilling action of the film.

The distributor of the film, Universal Pictures, gave it an exceptionally wide release and an extensive national marketing campaign. The blockbuster film had a hugely successful release pattern that has been repeated ever since. The movie made $472 million in Box office and was the highest-grossing film of 1975.

One Flew Over the Cuckoo’s Nest

One Flew Over the Cuckoo’s Nest was again based on a novel of the same name, written by Ken Kesey. The drama film was shot at a real mental hospital. The film was received exceptionally well by critics and audiences alike. It holds a 93% rating on Rotten Tomatoes, and the US Library of Congress categorized it as “culturally, historically, or aesthetically significant.” It occupies the thirty-third spot on the American Film Institute’s 100 Years…100 Movies list.

At the Oscars, the film won the big five Awards (for categories of Best Actor and Actress in Lead Role, Best Director, Best Screenplay, and Best Picture. Making $165 million in Boxoffice, it was the second-highest-grossing film of 1975. 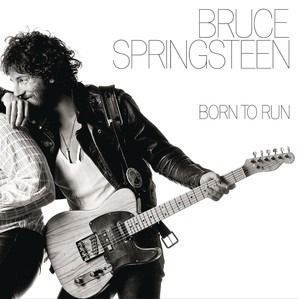 Love Will Keep Us Together

Written by Howard Greenfield and Neil Sedaka, Love Will Keep Us Together was first recorded by Sedaka in 1973. When Captain & Tennille released the song in 1975, it resonated with audiences worldwide and became a number one hit in the US. It was the best-selling single of 1975 in the US, and won the Grammy Award for Record of the Year in 1976, among numerous others.

Rhinestone Cowboy was a song written and recorded by Larry Weiss in 1974. However, the song did not do well commercially. In 1975, Glen Campbell recorded and released the song, and it became immensely popular. The lyrics were relatable to Campbell’s own life. The song was a hit with fans of both country and pop music and reached number one on music charts in the US, Canada, and other countries.

Born to Run Is Released

The third studio album of Bruce Springsteen, Born to Run, was released on August 25. A rock and roll album, it received highly positive reviews from critics and brought Springsteen into the mainstream.The album was ranked third on Billboard 200 and is regarded among the greatest albums of all time.

The KKRV was a music station in Dallas, Texas. Since the 1950s, they had been shifting between country music and the Top 40 format. In 1975, they changed their name to KIKM from KRRV and shifted to the Top 40 format. Today, the station is called KATH and features the format of Catholic religious programming.

KQV Shifts to an All-News format

One of the oldest radio stations in the US, KQV used to be a top 40 station (1958-75). In 1975, it changed its format to an all-news radio station and carried NBC’s News and Information Service. Even when NBC canceled this service, the station continued as an all-news station. It worked with local anchors and reporters, as well as with CBS Radio News and ABC Radio News.

The station stopped broadcasting in 2017 and was sold to Broadcast Communications in 2018.

Bob Prince is best known for his role as a sportscaster and commentator at the KDKA-AM radio station. He had been the voice of the Pittsburgh Pirates for 28 years when the station fired him. This was a shock to many people, as Prince was quite popular and had become a cultural icon in Pittsburgh. 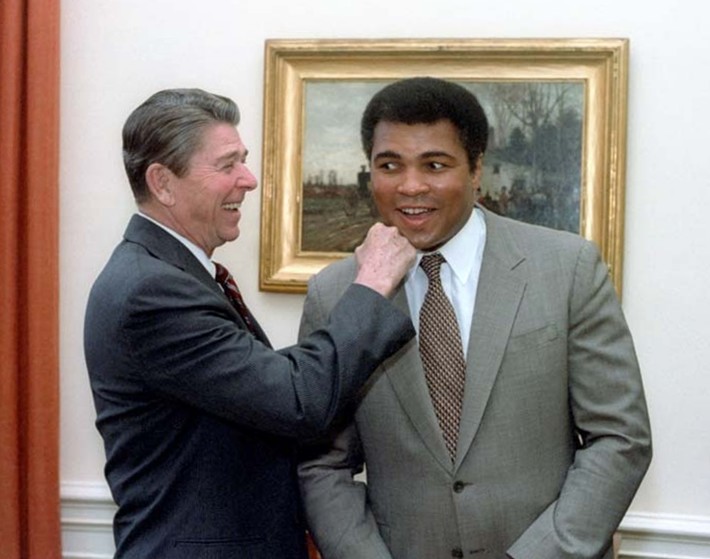 Super Bowl IX was held at the Tulane Stadium in New Orleans, Louisiana. Pittsburg Steelers defeated the Minnesota Vikings by a score of 16-6, winning their first Super Bowl championship.

In 1974, the Philadelphia Flyers defeated the Boston Bruins to secure their first championship cup. Next year, they competed against the Buffalo Sabres in the National Hockey League Finals and defeated them by 2-0, securing their second championship trophy.

Thrilla in Manila was the name given to the third boxing fight between Muhammad Ali and Joe Frazier. In the first fight, which took place in 1971, Ali had lost his heavyweight championship to Frazier. The second fight took place in 1974, with Ali defeating Frazier.

The third and final boxing match between the two was fought for the heavyweight championship of the world on October 1. Fought in Manila, Philippines, the match was viewed by a record one billion television audience. Ali won the match, which is ranked among the best fights in sports history.

In the mid to late 70s, suits and pants were increasingly worn by women. While dresses, skirts, and blouses were still worn, the fashion of the times was defined by suits of all kinds – from tracksuits and jumpsuits to leisure suits. Everyday hats went out of fashion, and jewelry was no longer prominent or essential. Women often wore their hair naturally.

In the late seventies, the tracksuit was quite popular with men. Generally, sportswear was worn almost everywhere. Often, shirts were not tucked in, and the pants were always tight. Men also let their hair grow long.

Van McCoy released a song called Do the Hustle, in which he asked people to do the hustle, a dance move. The song and the dance became so famous that the name hustle was linked to different disco-style dances around that time. Hence, different versions of the hustle existed.

The couple version of the hustle became famous after it was featured in the movie Saturday Night Film. It is ballrooms across the world even today. 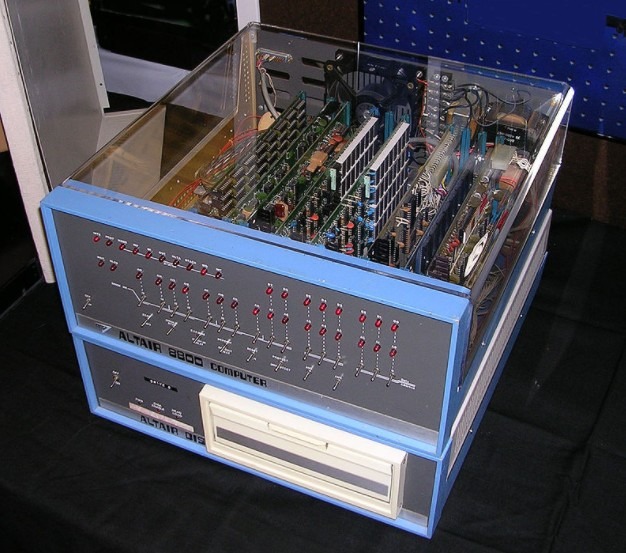 In April of 1975, childhood friends Bill Gates and Paul Allen founded Microsoft, with Gates as the CEO. The name Micro-Soft was short for micro-computer software. Gates and Allen had also worked together to develop a BASIC interpreter for the first microcomputer, Altair 8000. The interpreter was demonstrated to MITS in March, who agreed to distribute it.

MITS had designed the microcomputer Altair 8000 in 1974. In 1975, it was featured on the cover of Popular Electronics, which led to sales through mail orders. It is the first commercially successful personal computer.

Steven Sasson invented the first hand-held digital camera while working at Eastman Kodak. It weighed 8 pounds and had a resolution of 100 × 100. The images were black and white and were recorded onto a cassette tape in 23 seconds.

MOS Technology was an 8-bit microprocessor that was a faster, simpler, and cheaper version of Motorola 6800. It was first sold in the market at one-sixth of the price of competing microprocessors. It led to a lowering down of the market rate and was used by many video game consoles and computers of the time. The novel Ragtime was historical fiction and set in New York in the years 1902 to 1912. It was a significant literary piece, being a nominee for the Nebula Award for Best Novel. It has been included in Time 100 Best English-Language Novels From 1923 to 2005.

This 909-page long novel was published in 1974. Written by James A. Michener, it is loosely based on historical events in Colorado from prehistory until the 1970s. It was a bestseller during January and March of 1975.It has been made into a popular miniseries, also called Centennial.

Written by Arthur Hailey, the Moneychangers is a novel about the internal politics at a bank. Set in a time when banks had no CCTV cameras, the novel shows the individual pressed with private matters and in public settings. People belonging to different ages and cultures come together through their work at the bank, where systems are changing.

The book was a bestseller from May to July of 1975. It was also made into a miniseries that aired on NBC. The Watergate Verdict Came Out

In connection to the Watergate scandal, in 1975, the top three advisors of Richard Nixon were found guilty and convicted. These advisors were John Mitchell, Haldeman, and John Ehrlichman.

The US unemployment rate reached 8.2%. This was seen, in part, as a consequence of the oil embargo placed on the US by the Arab countries.

A member of the Democratic Party, Ella Tambussi Grasso was the first woman to be elected as the governor of a US state who was not the wife or widow of a former governor. On January 8, 1975, she was appointed as the 83rd Governor of Connecticut. She resigned on December 31, 1980, due to her struggles with ovarian cancer.

From Mohammed Ali reclaiming his championship title to music hits such as Love Will Keep Us Togetherand Rhinestone Cowboy, the year 1975 was full of colorful events. The year also saw important events such as the release of Altair 8000 and the founding of Microsoft.