2000 was the year when the economy recovered after the Y2K computer bug that caused a lot of havoc. This was a big year for the entertainment and gaming industry progress was made in space exploration. NASA sent its first team to the space station, and Hillary Clinton became a senator.

Following are some of the important things that happened in 2000: 102 Dalmatians was an American movie based on the Dalmatian dogs filled with comedy, adventure, and action. The film was released on 22nd November 2000 and produced by Walt Disney’s producer Edward S. Feldman. It was a family-friendly movie that anyone could watch and was specifically for the kids. It was a sequel to the film “101 Dalmatians,” which was released earlier in 1996.

Do you remember the scary woman CruellaDevelle? Well, she is back with a vengeance after spending three years in prison for stealing the pups. She is more obsessed than ever by Dalmation fur and wants it at any cost.

28 days, an American drama film filled with comedy was directed by Betty Thomas. She was one of the famous actresses known for her role as a Sergeant in a television series called Hill Street Blues. The film 28 days was written by Susannah Grant and was produced by Jenno Topping and starred some great actors like Sandra Bullock and ViggoMortenson.

The film features the story of a New York Journalist played by Sandra Bullock, who likes to drink a lot and thinks that the only thing important in her life is reputation. One day, she ruins her sister’s wedding cake and crashes the bridal limousine. When she goes to court, the court orders her rehab for a month, but she refuses and instead starts taking her drinking problem seriously because it ruins her career. Tom Cruise is back again for another impossible mission that no one can do, except him and his team of experts. The movie is full of action, adventure, stunts, and lots of explosions.  The second installment of Mission Impossible was released on 24th May 2000, with a production budget of 125 million dollars. MI2 was directed by John Woo and co-produced by Tom Cruise and Paula Wagner. Upon its release, the movie grossed about 546 million dollars worldwide, becoming the highest-grossing film of the year 2000 and was also the highest-grossing part of the series.

After the success of the first part, Ethan Hunt, played by Tom Cruise, is forced to come back from his vacation, being given another dangerous and impossible mission to complete. This time fighting to stop the development of a highly deadly biological weapon that could endanger the entire human race. X-men was the first movie of the series, released on 14th July 2000. It was produced by Marvel Production Company and directed by Bryan Singer. The production budget was 75 million dollars, and it grossed over 296 million dollars at the Box office.

The movie is based on the Marvel Comic “X-Men,” designed by Stan Lee, featuring a group of mutants with superpowers who save the world by fighting against those who have become rogue and evil. Eminem was the breakthrough artist of the year, jumping the charts rapidly and fast (like his raps). Eminem is among the most popular hip-hop artists starting from the early 2000s till now.  He became one of the most controversial artists of the year as well. He released a single called “The Real Slim Shady” on 18th April 2000, with the help of Dr. Dre, which became his first song to reach number four on Billboard’s top 100 and reached the top spot in the United Kingdom. The song was featured on NME’s list of “150 Best Tracks of the Past 15 Years,” making it one of the most popular songs of Eminem of all time. This one was the most popular hip hop song of the early 2000s. DMX is an American rapper who got his fame from this popular song. It got so viral that it was heard in almost every radio channel and car as well as featured in several movies.  Moreover, it is the second single of the rap album “… And Then There Was X”.

The song was released on 3rd April 2000, ranking at number 27 in the first few weeks of the release on the Billboard Hot 100. 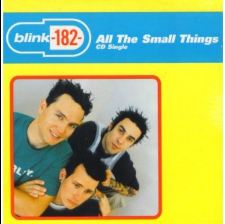 Blink-182 is one of the most influential alternative rock bands of all time. 2000 was the peak year for the band, with the release of the single “All the Small Things” in promotion of their album “Enema of the State.” The song became one of their most influential and popular songs of all time, with the album selling over 15 million copies worldwide. Rolling Stone considered it as one of the “100 Greatest Pop Songs” and became the number one hit song on Billboard’s Modern Rock Tracks chart. 2000 was also an important year for gamers and the gaming industry. Sony Entertainment launched the second version of its PlayStation gaming console, with massive upgrades in graphics, gaming experience, and the ability to run its predecessor’s games. PlayStation 2, also abbreviated as “PS2,” is still the most selling video game console, with over 155 million consoles sold worldwide.

The console was first introduced in Japan on 4th March 2000, with it coming to North America later in October. Furthermore, a lite version of PS2 was also released, which was much smaller in size and lighter than the original one with slight improvements. Microsoft claimed at that time that this version of the Windows was the most secure, but it was attacked by numerous hackers, due to which Microsoft kept launching software updates to fix the problem.

This match was one of the historical matches of the year 2000. The Yankees were low on points, and it was their 98th season. Despite this, the Yankees beat the Mets in 5 games, scoring enough points to win the 26th World Series. The team finished first in the AL-Series with a record of 87 to 74.

If you haven’t heard about Chandler and Ross from the famous TV show Friends, then you need to watch it ASAP. “Friends” is considered to be one of the best TV sitcoms to have ever been made, which was released on NBC on 22nd September 1994.

It was the most popular TV show of the early 2000s directed by David Crane and Marta Kaufman. Since its release, the show has been nominated for 62 Primetime Emmy Awards and has won the Outstanding Comedy Series award.

The show features the story of six friends who live together and go through life experiences, focusing on the development of each character while at the same time delivering the best comedic performances to have ever seen.  Set in New York City, it showcases the busy life and day to day activities of New Yorkers along with providing what seems to be a show that viewers can relate to easily.

“Who Wants to Marry a Multi-Millionaire”

“Who Wants to Marry a Multi-Millionaire” was a reality TV show which broadcasted on the FOX Network. The show was released on 15th February 2000, and directed by Mike Fleiss.

In the show, they used to play different kinds of games with the audience, including eating rats or even marrying them, and whoever won the game gets to marry a millionaire. The first time 50 women competed in the show for marriage in the air to Rockwell. There were a lot of women in the contest, and from all of them, a woman called Darva Conger won and married a millionaire Rick Rockwell. The show received lots of critical and negative ratings and later was canceled due to these reasons. CSI, as you can tell from the name, was a crime drama show featuring police procedurals in the regular day to day life.  Created by Anthony Zuiker, this show was released on CBS on 6th October 2000, with 15 seasons. It has won many awards ever since its release.

The show features a team of crime-fighting officials who deal with murder cases daily, investigating and debunking crime scenes to catch criminals. It is set in Las Vegas, Nevada, and reflects on the life of law enforcement agencies and what they go through every day and the way they endanger themselves to keep other people safe.

The fall of the Dot.com domain

NASA launched a crew to the International Space Station or ISS for short, to set up a laboratory in space and to stay there and see if there was anything wrong with the space station. The crew consisted of three members; Commander William Shepherd, Yuri Gidzenko, and Sergei K. Krikalev. The spacecraft departed on 31st October 2000, aboard the Russian spacecraft called Soyuz, and finally reached the space station on 2nd November 2000. Mission was named Expedition 1, and it required the crew to stay onboard the space station for about 140 days. Imagine living in space like that?

Hillary becomes a US Senator of New York The elections held in New York in November of 2000 saw the rise of Hillary Clinton as a senator in New York, defeating representative Rick Lazio by 831,580 votes.