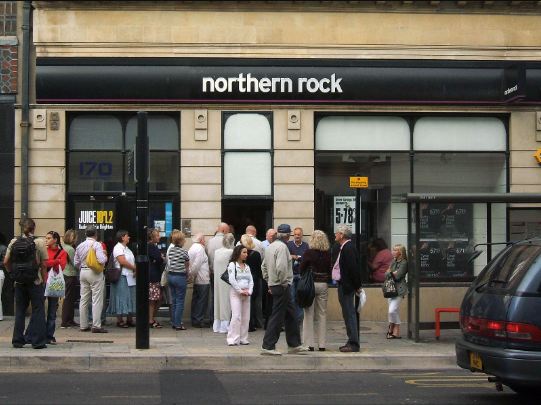 Whether you had spent your 2008 reading the business or political front in the newspapers, one cannot deny the fact that it was a year when many major events took place. These events were of a global level that no one missed. This year had something for everyone. For people who were interested in politics, discussed the presidential elections while those who were into music were concerned about Britney Spears music.

The biggest event of the year was the near collapse of America. The financial system had crashed, and the entire country was brought to its knees. Every year has several memorable moments but 2008 has some that even the history books will remember. Therefore, let us discuss what made the year 2008 special. American rapper Lil Wayne in 2008 had released his album ‘The Carter III’, which was the most anticipated album of the year. Furthermore, it was also the most successful album of the year that sold more than 1 million copies in its first week. It was one of the biggest hits of the time and spent several weeks topping the charts before 2008 ended.

The 50th Annual Grammy Awards took place at Staples Center, Los Angeles in February 2008. The biggest winner of the event was Amy Winehouse. However, she was not able to attend the show since her admission into a drug rehabilitation program. Furthermore, American officials declined her a working visa initially but then changed their decision, until then it was too late. Regardless, she won five awards that night, making her the fifth female solo artist to get that many awards in one night.

2008 was a big year for Leona Lewis. In October 2017 she had released her single ‘Bleeding Love’ which became the bestselling single in 2008. Furthermore, it had reached the no.1 spot in 35 countries and also became the first song to top the Billboard Hot 100 by a female British singer solo artist in 20 years. Then, Leone Lewis was named Top New Artist by Billboard as well.

The single ‘Touch My Body’ was released by American singer and songwriter Mariah Carey in February 2008 from her album E=MC². It received positive reviews from the critics while most fans admired the music and lyrical ability. Hours after its release, the song had entered the Billboard Hot R&B/Hip-Hop Songs at number 87. In its second week of release, the song had climbed at the no.20 spot before reaching no.2. It was Mariah Carey’s 18th number 1 single on the Billboard Hot 100.

Fernand Leger was a French sculptor, painter, and filmmaker. He was known for several artworks such as the ‘Woman and Child’. It was held at the Davis museum before provided on a loan for an exhibit to the Oklahoma City Museum of Art. The reason being that Davis at the time was closed due to renovations. Later, the painting was returned and stored in a crate located in Wellesley but somehow happened to disappear during the process. It has not been found since.

Author Misha Defonseca had written and published a book titled ‘Misha: A Memoire of the Holocaust Years’. Published in 1997, the book was sold in several countries. However, there were some speculations surrounding it. The book was about how Misha had survived the Holocaust as a young Jewish girl, while she was searching the entire Europe for her deported parents. Furthermore, she also claimed that during the process she was adopted by a pack of wolves as well. With all that said, Misa on February 29, 2008, publicly admitted that her book was false. Neither did Misha ran away from home nor were her parents Jewish as told by her in the book. 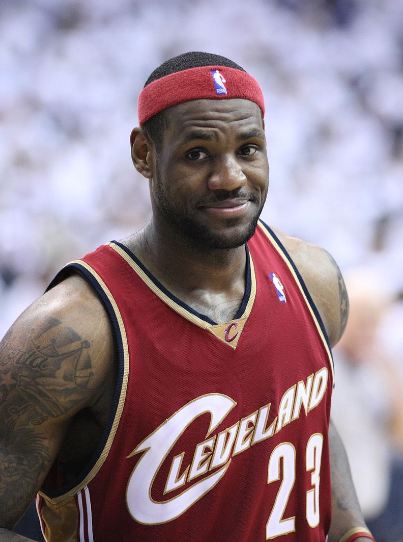 2008 was a rough year for fashion. Majority of accessories worn never made any sense. One of them was headbands. Looking back at 2008, nobody understands the purpose of wearing headbands. Although the headbands did a good job of showing voluminous hair around the crown but failed to hide the unfortunate tension mark, which was totally not cool.

Another senseless fashion trend that followed many in 2008. Since 2008 was all about the waist, women would wear anything unique such as the oversized waist belts. Even Katy Perry wore one while she was performing at her concert. The green dress with a black waist belt was a complete no-no if you were to look back at it now. The Dark Knight in the Batman franchise was undoubtedly the most iconic series. The film included the Joker, played by Heath Ledger. Not only did his performance earned him an Academy Award after his death but stands as the most iconic characters and performances played by a young actor such as Heath Ledger at the time. The film earned $534.9 million in North America while $469.7 million in other territories. In total, the worldwide collection was $1 billion. Furthermore, it was the highest-grossing film of all time.

Indiana Jones and the Kingdom of the Crystal Skull Indiana Jones and the Kingdom of the Crystal Skull was the second-highest-grossing film of 2008. The film was released on May 22, 2008, in North America and earned more than $25 million just on its opening day. Furthermore, in its opening weekend, the film grossed $101 million in the United States and Canada, which made it rank no.1 at the box office. 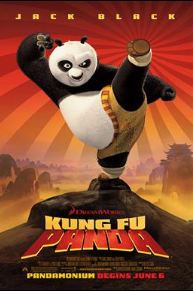 Kung Fu Panda topped the box office at its opening weekend as it grossed $60.2 million. The film had received a much better response than it was expected. 187 critics gave the film an 87% positive rating while the average rating stood at 7.2/10. Since it was a movie that could both be enjoyed by families and kids, there was no doubt that it would be a hit. It also received a good response in China, which is hardly the case for English films. Iron Man had earned $318.4 million in Canada and the United States while collecting more than $266.8 million in other territories. In total, the worldwide accumulation was $585.3 million. In its opening weekend, the film grossed $98.6 million, which made it rank first at the box office. Since its release, iconic character Tony Stark has successfully managed to capture millions of fans. However, Robert Downey Jr. has stated that he is done with playing the character after his last movie as Iron Man. History took a surprising turn when President Obama was elected as the first black president in decades. During his tenure as the president, he is known to have implemented several positive steps. His efforts to help the struggling black communities and developing both healthcare and educational institutions can never be forgotten. However, in 2008 President Obama won a Grammy for his audio version of his best-seller ‘The Audacity of Hope’, beating Bill Clinton.

Ruby Dee Gets an Oscar Although Ruby Dee’s character only lasted a few minutes in the movie ‘American Gangster’ but her portrayal as the mother of Frank Lucas was so powerful that the Oscar academy had to give her an Oscar. She won an award for the best-supporting actress, the first-ever in her long illustrious career.

There was a time when Barack Obama was unknown to most of the world. However, as he progressed with his presidential campaigns, the American nation saw something in him that they had desired for years. Even Times Magazine had termed his ‘Person of the Year’. With so many honors such as this slowly arriving in his cap, Obama was suddenly the people’s favorite. Then, on November 4, the American nation backed him to become the first Africa-American president to be elected.

The Global Financial Crisis was the worst event to take place after the Great Depression. It initially began with the United States and then gradually spread around the world. The banks went bankrupt and the stock markets crashed. Leaders of the world’s 20 richest countries met in Washington where a uniformed decision was discussed and an urgent response was called. At the time, President Obama was to take the seat and held the nation’s hope to steer it out of the crisis.

Wimbledon was the highlighting sporting event of the year 2008. First, it was Rafael Nadal and then Roger Federer who took the court, and according to fans, the matches were the most sensational in the history of tennis. The rallies very long and it was a true test of nerves. It was about who would hold onto their nerves for how long. Nadal was the winner, as he clinched his first Wimbledon title. The spectators simply couldn’t afford to miss out on anything even for a moment, such was the intensity of the event. 2008 was the year when Michael Phelps told the world that he would be the greatest swimmer to live. His peers said that clinching eight gold medals would not be possible. Regardless, Michael stepped into the competitions with his concrete ambition. He won every competition along the way, including the 100m butterfly final. He was up against record holder Ian Crocker who was the current world record holder at the time. His never say never attitude was the reason behind his spectacular wins. Apple in 2008 launched iPhone 3G. Believe it or not, the smartphone took over the world like a storm. It was light-weight, easy to use, and rocking a fantastic camera. Furthermore, it came with a massive price cut, therefore a perfect deal for users. The iPhone 3G had a sleeker design with corrected design issues and a universal headphone jack. This marked the rise of Apple as a competitor against cellphone manufacturers that had dominated the tech world for years. 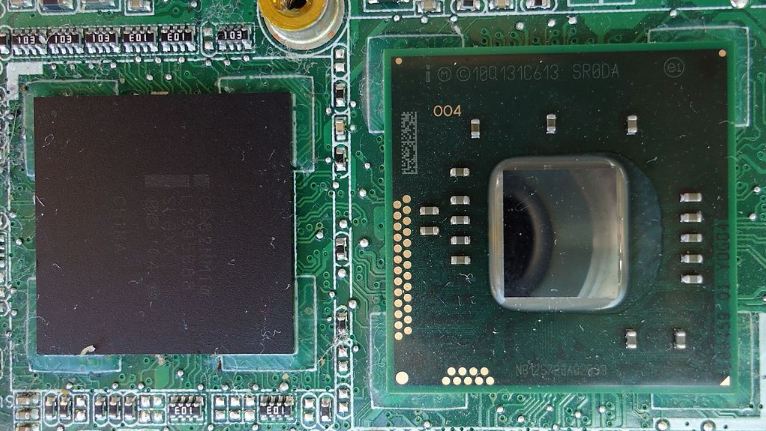 Intel’s Atom Processor was the core of 2008 as it was one of the biggest success stories. Unlike the first-generation netbooks that struggled to run Windows with their weak and frugal Celeron M processors, the new Atom was a perfect balance between strength and power efficiency. The processor which was comparatively smaller in size ran Photoshop CS4 without any troubles as well. Therefore, the users and Intel fans were totally sold.

Britney Spears Made Her Comeback 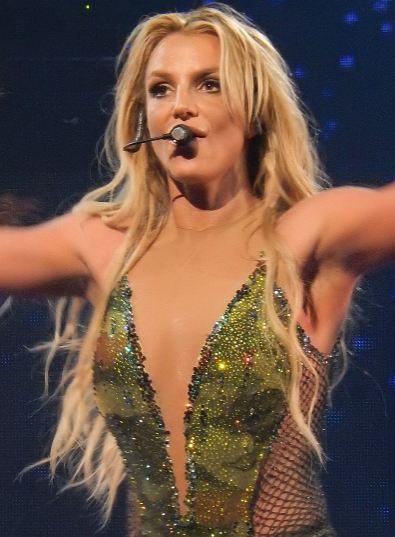 One could say that there was nothing like Britney Spear’s comeback in 2008. She started the year by fighting a custody battle and then being hospitalized. Later, she went onto earn herself the best female video, best pop video, and video of the year award at the MTV Video Music Awards. Then, she released her album ‘Circus’, which was another mammoth hit of the year. Heath Ledger’s death was the biggest unfortunate event of the year. While the fans were not able to get enough of Joker’s performance, they had to come across the news that would shock Hollywood. The actor sadly passed away even before the film was released. It received a huge round of applause from the critics as well as the fans. Heath was awarded the best supporting actor in 2009, which he sadly wasn’t there to accept.

Golden Globes is an event were celebrities and artists compete with one another interms of who gets to take home what and how many. However, this time of the year, they had to stay home as the event was canceled. Although it was a huge disappointment for both fans and viewers, they were hopeful the organization would make it worth next year.

The world was shocked when news broke out that Eddie and his wife Tracy had called it quits just after 2 weeks of marriage. Although both had described their wedding event as a moment made in heaven but not long after the marriage, Tracy Edmunds announced that both she and Eddie had decided to remain friends.

One could see that 2008 was a whirlpool of events that almost the majority did not saw coming. From President Obama becoming the president to the Golden Globes being canceled, it did have something for everyone. However, the political side experienced the most exciting events and people were looking forward to what change it would bring in the upcoming years.