If we were to go back in time, the world of pop culture and digital media would’ve been very different from how it is today. Talking particularly about 2005, which is almost 15 years from now, we got many major updates in the field of social media and pop culture.

This was the era when local box offices of many theaters were crowded with blockbusters, American Idol and CSI was on the air, YouTube was officially introduced, Destiny’s Child announced its disbandment, and so much more. Books such as the boy who lived saga of Harry Potter by J.K. Rowling got a major update by the sixth part named Harry Potter and the Half-Blood Prince.

This article will definitely bring back a lot of memories if you were a part of this time; if not, there is a lot of knowledge you can take away. Let us reminiscence the most extraordinary contributions to pop culture from 2005.

Starting the review with ten films that took theaters by storm. These include:

Moving on to the ever-evolving field of pop culture, music. Only nine songs were reported to hit number 1 in 2005. But there were great songs produced in this year, the top songs from 2005 include:

Other than songs, the music industry, in general, had a lot going on in 2005. There was much news about disbandment and rumors, and numerous milestones were achieved by stars. These include:

Destiny’s Child announced their disbandment in 2005, and the iconic trio wore matching outfits for the last time.

Hung Up by Madonna This song was tied with Elvis Presley for the most top 10 Billboard singles, which were 36 apiece.

Guitar Hero was announced in 2005, which quickly became a craze. Samuel L. Jackson even received an award for the game at Spike TV’s Video Game Awards. For the 30th anniversary of her debut album Horses, Patti Smith went live at the Great American Music Hall. The show was claimed to be perfect.

Get Behind Me Satan

White Stripes released Get Behind Me Satan, which was not guitar-heavy. This marked a change and was heavily influenced by punk, rock, and blues. This step into blues created history.

Following are some more highlights of the year 2005:

2005 was a time with no Netflix subscriptions. TV shows were the rave back in the day. The most in-demand TV shows of 2005 include:

Alongside TV shows and movies, the trend of award shows continued. The most substantial award winners of 2005 include: 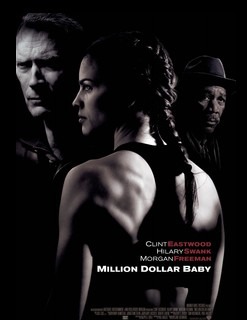 Award for the Drama Series”Lost”

Damon Lindelof and J.J. Abram won an Emmy for their movie Lost.

Monty Python’s Spamalot was performed at the Tonys while winning Best Musical at the same time.

Pop culture is nothing without juicy gossips, and somehow there is always more of it surrounding our favorite celebs. The most lively and exciting gossips from 2005 include:

The top celebrity couple, Brad Pitt and Jennifer Aniston got divorced, and soon after, rumors had gone by stating a relationship between Brad Pitt and Angelina Jolie. This was probably the most sought-after, buzziest, and popular featured tabloid.

Russell Crowe threw a phone at a hotel employee due to anger management issues. But plead guilty to second-degree assault afterward.

Michael Jackson was arrested for ten felonies and four misdemeanor charges in the child-molestation case. He went through a 14-week trial and was found not guilty on all accusations, and the charges were removed.

Tom Cruise became the center of a Scientology controversy and was called Championing Scientology. On Oprah Winfrey’s show, he also revealed his love and attraction towards Katie Holmes and created a tense, awkward moment after calling Matt Lauer a glib. He also jumped on Orpah’s couch, and the media said that he has officially lost his mind.

Jude Law was caught cheating on Sienna Miller with their children’s nanny, and Sienna Miller was accused and then verified of having an affair with Daniel Craig. Later both issued a public apology regarding this.

Controversies of the Show “Weeds”

A lot of controversy arises after the show Weeds was announced. After airing, it was termed as a highly addictive and hilarious sitcom, definitely worth watching.

Following are some more gossips from the year 2005:

The sporty side of pop culture included the following achievements:

After sports, the following are some of the most famous video games/consoles and toys from 2005:

Other than the ones mentioned above, some miscellaneous events that are mentioned in the history of pop culture of 2005 include:

In the game World of Warcraft, there was an intentional glitch that infected people with the plague. This led to non-infected people leaving the city, while infected ones were quarantined. The game was studied by epidemiologists to study the behavior of people during a pandemic.

For the first time in history, a lucky person won $1,000 from PC Pitstop by simply reading their End-User License Agreement (EULA).

The meaning of the term ‘truthiness’ was found by Stephen Colbert, which is the quality of seeming true but not necessarily being true.

The first episode of the show Supernaturals was aired, which was a great success and continued for 12 seasons.

The Office was premiered

The Office was premiered and got incredibly low ratings. Yet, NBC decided to do a second season as they believed Carell would bring anticipated success to the show.

Facebook was made available for high school students, and later the creator Mark Zuckerberg offered to sell it to Myspace for 75 million dollars. Myspace CEO later declined the offer.

Swedish billionaire and nature lover Johan Eliasch bought a huge land in the heart of the Amazon rainforest to protect and preserve it from deforestation.

Charlie and the Chocolate Factory

In Charlie and the Chocolate Factory, Tim Burton helped train 40 squirrels to crack nuts. There was no CGI involved in the scene.

Trolli made a candy named “roadkill gummies,” which was taken off the market as it was reported by animal rights activists because it featured candy looking like smooshed animals.

Benedict Cumberbatch Got Rescued by a Stranger

A stranger rescued Benedict Cumberbatch after being kidnapped and held at gunpoint in South Africa.

There is a reason why 2005 is termed as a prehistoric era in the history of pop culture. It was a year full of astounding happenings. Starting from amazing movies to incredibly soulful music, buzzing gossips, and just great sports, it had everything one could ever ask for. The prominent inventions of this era were YouTube and Xbox, which continue to capture a lot of attention. The pop culture of 2005 has left behind trends and events in its wake.