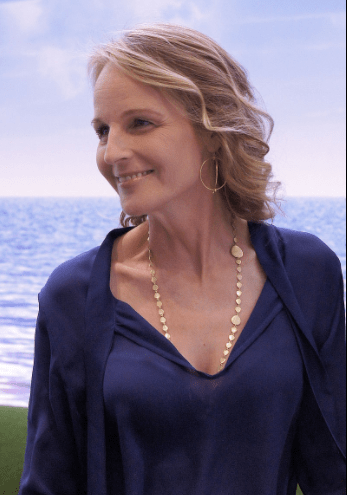 It has been a while since we have heard anything from Helen Hunt. Over the years, different news has been circulating her career and personal life. However, in the 90s, she was everywhere. She was a part of Mad About You, which was a long-running sitcom. However, since the show’s cancellation, no one has really heard from her. Let’s discuss her journey and see what she is upto today.

Helen Hunt Has Been Dealing With a Bad Breakup

Breakups are a regular thing in Hollywood. One day you see couples announcing their relationship, whereas the next day you find them separated. However, Helen Hunt’s breakup surprised much back when she called off her relationship with producer boyfriend of 16 years, Matthew Carnahan.

The two announced their relationship in 2001 and gave birth to a daughter and son in 2004. And although they were separated, both respected each other and were still in love. The relationship simply couldn’t work and the breakup was quite messy as well. According to a source, Helen Hunt and her boyfriend have had a troubled relationship. Often times Matthew would leave the house and Helen would take him back until she simply hung up and got it over with for once.

She Has Been Raising Her Daughter

In 2004, Helen gave birth to her first child Makena. This was an obvious reason for her to step away from the spotlight for a while. She wanted to concentrate on her upbringing. She enjoyed a wonderful career before the birth of her kids and now it was time for her to spend some time with her newborns.

Since Makena is not little anymore, fans expect more of her in the future. However, Makena also has to deal with the breakup of her mother and she is going to need all the help she needs. Some sources say that Helen will continue to raise her until she reaches adulthood. Only time can tell when she returns to the big screen. Helen Hunt did not dive into a cave after Mad Days. There are some projects that you simply might not have heard about. While she was at the peak of her career, she starred in films like “As Good As It Gets”. Her collaboration with Jack Nicholson in the movie earned it $315 million worldwide. A year prior to the movie, she had starred in “Twister” which grossed $500 million and was a disaster epic. Then, after starring in “Mad About You”, she acted in “What Women Want” and “Cast Away” which earned quite a bit of money worldwide.

However, then came movies like “Dr.T and the Women” and “The Curse of the Jade Scorpion” that were a disaster at the box office. Perhaps her biggest failure was “Every Day”, which was released in 2011 and never made it through three theaters. To make things worse, it was Helen’s return to the big screen after a break of three years.

Critics Weren’t Kind to Then She Found Me 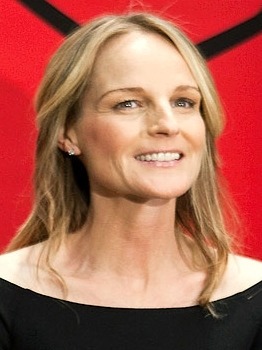 Considering what she was going through and her biggest failure, the critics were not going to cut her a break with “Then She Found Me”. Helen not only starred in the movie but also directed it. She was the perfect choice for the role as the genre suited her. Critics slammed her performance and gave her a really tough time. As a result, the movie was a disaster and no one could do anything about it.

Bobby Didn’t Work Out For Her Either In 2006, Helen stated that she was forced out of semi-retirement upon the assassination of Robert F. Kennedy in Los Angeles at the Ambassador Hotel. She was offered a small role in Bobby, which was based on the same subject. Helen had high hopes for the movie but the critics yet again jumped into the scene. However, this time they did not point fingers at Helen. Her daughter grew up and watched the movie with the same reaction Helen expected. In the end, Bobby was not exactly the return Helen had in mind.

Helen Was a Part of Oscar Wilde

Before starring in “Then She Found Me” and “Bobby”, Helen was a part of “A Good Woman”. When asked about what led her to accept the role? She stated that the role had potential and the subject was something the world hadn’t seen or heard about in a while.

Although her role in the movie was quite a bit juicy, the critics blasted her role and stated that Helen did not do justice with the role. According to them, Helen was completely out of place and her performance brought the movie down. With bad reviews clouding her career, it is justifiable for her to move away from the big screen.

She Has Moved Behind the Camera

Sometimes you do not hear from someone simply because they are behind the cameras. And that is exactly the case with Helen Hunt. She has moved behind the camera and has been directing movies. Helen’s directing career began with “Mad About You” when she directed several episodes. Then, she returned with “Then She Found Me” in 2007. However, one could say that at the time Helen was already looking for something beyond acting.

As a result, after a long break, she began directing and helped direct an episode of Californication, two episodes of Revenge and one for House of Lies, This Is Us, and Life In Pieces. With a new profession in hand, let’s be hopeful that she improves with time.

Her Pace Slowed Down After an Oscar Win

Part of the reason Helen went into hiding was her Oscar win. Although most celebrities tend to sign up for more projects but Helen chose the other route. Her Oscar win resulted in a deal with Sony, which made her involved in writing. At the time, Hunt was turning down offers that she did not like. This led to years and years of writing until she stumbled upon “Then She Found Me”.

In addition to that, studios not only stopped financing the type of films she made but she wasn’t fond of the genre herself. In simple words, the studio got bored of her making the same type of movies.

Helen deliberately slowed down her pace after “Mad About You” simply because she could and had made a lot of money. This gave her the reason to step out of the spotlight and focus on her personal life. But then she tried to return with Mad About You version 2.0, which did not settle well with the fans. Therefore, one could say that she retired having enjoyed an illustrious career.