The 1980s are known to be a decade of colors, silhouettes, and bold style. The decade has not influenced our wardrobes for a long time recently, but when you think of it, all of the most current trends today are courtesy of the 1980s. Some of the trends in this era include ripped tights, biker jackets, poof skirts, and polished oversized blazers. There were also lots of style icons such as Joan Jett and Joan Collins. The ‘80s are considered to be the most eclectic decade in fashion.

If you are not very familiar with the trends in this era, there are some standout looks that you can surely recognize, such as white jeans, oversized jewelry, and big shoulders. The 1980s was a decade of power dressers, but as well as of punks. It gave us celebrities like Tina Turner, Cher, and Madonna, plus other superstars whose sense of style became iconic. If you want to know more about fashion in the 1980s, read on as we’re giving you some of the iconic fashion moments of the 1980s.

Back in the ‘80s, Sarah Ferguson and Diana, Princess of Wales, were both mostly keen on skirt suits when attending formal events. This look translated quickly into parties and as well as offices, most especially their ultra-matchy versions.

Up until today, geek-chic glasses are still common. However, it was in the ‘80s when these accessories really took off. While many people today are into metal frames, back in that decade, most people wore colored frames.

People back in the ‘80s have the desire to stand out. They did this best by wearing vibrant colors. Pieces of clothing back in those times were in different bold neon colors. We can say that riding a bike back in the 1980s was safer as no one could miss a highlighter-yellow or green bicyclist. Any clothing item back then would be neon-colored, including leg warmers, sweatshirts, shirts, pants, and more. Some fashion creations in the ‘80s were the results of happy accidents, which is the case for acid-wash jeans. The Rifle jeans company in Italy invented this fashion style after accidentally tumbled jeans, bleach, and pumice stone with no water. This also meant that a lot of people could replicate it and have the ’80s fashion piece themselves. In addition to jeans, other denim items were not spared from being bleached, including oversized jackets and sweatshirts.

In the 1980s, shoulder pads are not just for football players. It’s because they were also used in blazers that women wore in the office. Almost any blazer bought in the ‘80s had shoulder pads in them that it was quite rare to see a professional outfit without them. In the present time, shoulder pads are no longer used frequently in blazers and jackets, but some people still sport them. In the 1980s, ruffled shirts and blouses were on-trend. Most of the time, artists were seen sporting the fashion piece. One example is Prince, who wore a white shirt with a sophisticated, airy, ruffled front in “Purple Rain.” This style has been in many closets since the 1980s. The 1980s were indeed a wild time, most especially for fashion, and this was reflected with the clothes they wore. Animal prints were printed across shirts, pants, bags, skirts, and more throughout the decade. These evoked a sense of exoticism that was refreshing for people who were living in such uncertain times. There are many different types and styles of leg warmers, but they can all keep the calves warm. Most of the time, athletes wear leg warmers when performing in the elements, with sports like ice hockey, cycling, and more. But in the 1980s, leg warmers are worn by people as fashion items. Many people also noticed this craze due to musical movies like Fame and Flashdance.

The popularity of tracksuits is due to the Beastie Boys and LL Cool J in the ‘80s. They were worn not just for workouts but for all occasions. One of the most popular manufacturers of tracksuits in the ‘80s was Adidas, featuring three bars along the edges of the outfit. There were also different variations and patterns to choose from.

In the ‘70s, low-rise pants were on-trend. But when the 1980s came, trendsetters made high-waisted jeans staples of fashion. The rivalry between two waist heights paralleled the different cultural movements at play in the decade. Mainstream denizens, Mods, and Hippies expressed themselves through the height, tailoring, and color of their jeans. 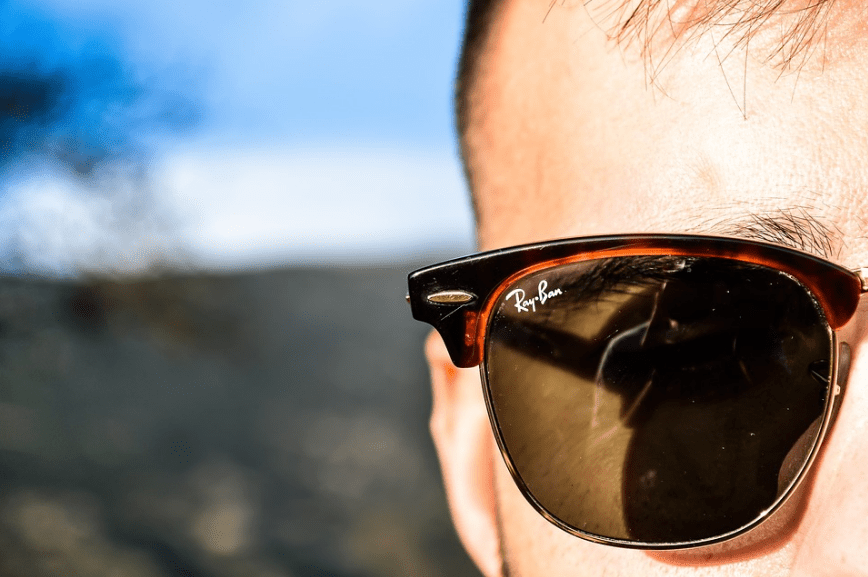 Back in the ‘80s, people flock to the store to buy a pay of Ray-Ban sunglasses like what Tom Cruise wore in Risky Business. It was also a great trend as fashion in the 1980s involve lots of very bright colors. In addition to looking stylish, these sunglasses were also functional.

There were also a lot of extreme directions that the 1980s fashion went in, specifically up and down. During these times, the waistlines of pants went up, and as well as the hemlines of hoodies. Cutoff or ripped sweatshirts became very popular in the ‘80s. It transcended genders, and everyone got into the craze. Even when wearing high-waisted jeans, the ripped sweatshirt can sometimes show a bit of the torso.

These are some of the iconic fashion moments in the 1980s. This decade is indeed very interesting when it comes to fashion. Celebrities or not, many people enjoyed wearing clothes with vibrant colors and prints. We hope this post helped you learn more about fashion in the 1980s.