Many challenges and memes go viral in seconds, thanks to social media. It only takes a few social media influencers to trend on Twitter or share videos of themselves completing a specific challenge, and it quickly spreads across the web. We typically see it with viral dance routines and charity challenges, such as the ALS ice bucket challenge.

The “tell me without telling me” challenge has recently gone viral on social media. You can find the challenge in Instagram reels and TikTok videos in which people admit things about their beliefs and themselves without saying what they’re talking about. It’s a way to reveal information without being too literal or specific.

While the viral video challenge is insanely popular and appears on every platform, where did it originate, and how did it become something everyone is attempting on their profile?

This is where the “tell me without telling me” challenge began.

What Is the TikTok Tell Me Without Telling Me Trend?

“Tell me without telling me” or “tell us without telling us” memes encourage people to share that they meet a set of criteria or are a group member without explicitly stating it. This trend helps people to make pointed remarks defining characteristics that play with stereotypes and inside jokes of various populations, such as sports fans, people from specific regions, consumers, and others. In mid-December 2020, these memes will be popular on both TikTok and Twitter.

Accounts on Twitter are tweeting to their followers, requesting them to “tell us without telling us” anything about themselves. This tweet format is widely known on sports and brand Twitter. Sometimes, people see these tweets as opportunities to slam the brands, people, or organizations posing the question by appealing to stereotypes.

The “Telling Me Without Telling Me” Meme’s Origins 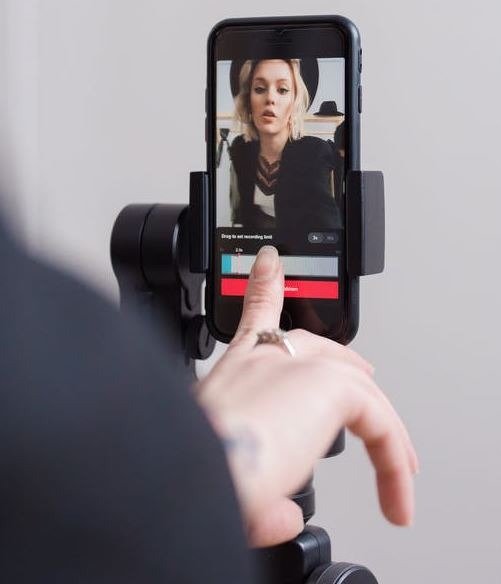 Whereas the “tell me without telling me” challenge has recently gained popularity, the meme dates back to 2019 on an entirely different social media app. In 2019, Twitter user @myjinseuphoria posted a specific question prompt that said, “If you see this, you’re obligated to tell me your bias without naming them.” However, when people began creating Twitter threads in 2020, the meme took off even more. Companies even started using the challenge to gain publicity.

With TikTok becoming Generation Z’s “go-to” app, the challenge has spread even further. The tell me challenge hashtags had over 6 million views as of December 2020, with thousands upon thousands of people using various prompts to spread information and their beliefs.

Spin Master Games has turned the hilarious trend offline into a party game. The result is akin to charades mixed with Cards Against Humanity, with the goal being to give your teammates hints as to what clue you’re holding so they can guess what it is you’re trying to tell them without you telling them.

The included dice have three categories that govern how you must communicate with your teammates: Show Don’t Tell, where no words are permitted; One Syllable, where you can only use single-syllable words; and Freestyle, where you can say anything except gestures.

Topic categories range from places to people to traits, along with NSFW items, so ensure you’re playing with the proper age group (and here’s your heads up if you decide to play with coworkers or family)! You have a minute to guess as many clues as possible with your teammates, and whoever has by far the most cards at the end wins.

TikTok fans and newcomers alike will enjoy this game and its incredibly funny prompts, which are currently available at Target. Pull this after your impending Friendsgiving meal, prepare to cry-laugh, and make your event more memorable. Here are the most popular TikTok trends you should experiment with or use as marketing strategies for beginner brands.

Folks appreciate their loved ones, themselves, and pets in this viral TikTok trend. It entails sending a slideshow or photo of someone’s insecurities and perceived flaws with the text “you’re enough” overlaid to let them know they’re loved.

That’s What I Want

TikTok user nakobenfl started this trend to honor his favorite quarterback and bring in a new one. TikTok users made their version to relive old memories and present themselves in the present.

People are displaying their love for their favorite stars in this viral trend by suggesting that even if they’re in an argument, they would easily calm down if their favorite superstar told them to.

TikTok users used this track to introduce new stuff to their followers, such as a new product, an announcement about their business or brand, or even a simple reveal.

After a TikTok user posted a video of One Direction singing the song at a concert, “Night Changes” became a TikTok trend. TikTokers use the audio to demonstrate how times have changed because it gives off nostalgic vibes. However, you can also utilize it to demonstrate how far you’ve come and how you or your business has evolved.

Users are editing their favorite pictures to look like they’re on the Vogue Magazine cover in this viral TikTok trend. This is a video trend where you put pictures of yourself and ‘someone falls in love with you.’ Use high-resolution images of your work or yourself if you’re a creator.

This has to be among the funniest TikTok trends, where the challenge is to make anything into an album cover.

Creators are posting their weird, most funny, or even vile DMs in the form of inspirational quotes in this trending TikTok challenge.