How would you feel going back to the 90s and seeing some nostalgic fads and fashion of that decade? Of course, you will love to travel around. Every decade has its unique and funny trends, so do the 90s. You know, The 90s have given us exciting and memorable fads and styles; some of them are still alive, and others are just faded and fizzled.

The millennials see the 90s as the transition period because it was just around the beginning of a new century. It gave birth to the latest technologies to the masses like the internet, brought new music genres like hip-hop, rave, and grunge, and popularized various fashion choices, including flannel shirts, mom jeans, and DocMartens. We don’t want to test you more patience, so let’s read about some of the crazy fads of the 90s.

Countless fads in the 90s were not just unique but also funny. The 10 most notable and craziest trends of the 90s are mentioned below:

Fanny packs were a popular fad of the 90s because, in that era, new devices were introduced, and people needed something to keep those bulky devices in one place. It was also one of the unique celebrity fashions in 1990, and it allowed them to easily carry their bulky devices like cell phones, beepers, Discman, etc.

If you don’t know what a fanny pack is, let us tell you about it: a Fanny pack is a purse that buckles on your waist to give you some convenient storage space that is easily accessible. Tourists widely used this in the 90s, and it was equally popular among men, women, and children. Now, as we have small and smart devices, the use of fanny packs is reduced. However, some tourists are still using them to keep their things safe. Beanie babies were inexpensive stuffed animals with small beans instead of cotton stuff. It was the craziest fad of the 90s, everyone wanted to buy it, and the main reason behind the craze was its company. TY created a collector’s frenzy before its retirement, and everyone cashed in on the trend.

The collectors buy it by thinking the prices will go sky-high shortly, but a fad like this burned-out itself. People stopped buying these beanie babies, and the market collapsed with it. Now no one buys them, and they have become a showpiece in a toy store.

Sean Parker was the co-creator of Napster and the president of Facebook that took the company from a college project to a business. Parker and Shawn Fanning introduced it in 1999, and this file-sharing peer-to-peer service allowed users to download and share free mp3 files.

Unluckily many forces were working against them, and soon the service was littered with spyware, poor quality mp3 files, and malware. The lawsuit against Napster was the downfall, but now Apple makes buying the music more accessible than stealing it. Hypercolor t-shirts were one of the most fabulous fads of that decade. These shirts were made of thermochromic leuco dyes. When the heat changed, the dyes turned colorless, but you could see the base color of the shirt. It was why most shirts revealed lighter color than a darker on heating.

The excessive heat ruins the dye and washing it in hot water causes an un-dyed shirt. Undoubtedly, the fragility of this fad was a reason for the company’s bankruptcy. And unfortunately, the trend faded away with its company. These high-waisted women’s jeans are also known as mom jeans, and they are again in trend nowadays. Mom jeans are the fad of the 80s and 90s; they started becoming popular in the late 80s but caught on in the 90s. The TV shows like Friends and Beverly Hills, 90210 were the reason for this fashion staple.

The design of the pants is comfortable and features a high waist above the belly button. This design gives extra space in the crotch and legs. Apparently, this fad still makes sense, as you could easily walk, bend over, and get everything done without ripping your favorite jeans.

The Macarena was one of the annoying songs, and then people made it more annoying with a silly dance. In 1996, a Spanish group Los del Rio created a catchy tune with good dance moves, and Macarena became a worldwide phenomenon.

The Macarena had a complicated journey to pop music; it was written in 1992 and gradually spread through Spanish-speaking countries. The English version by Bayside Boys became a worldwide sensation. The dance is super easy with a jubilant jump and a few arm movements. This song still pops up in TV shows and movies. 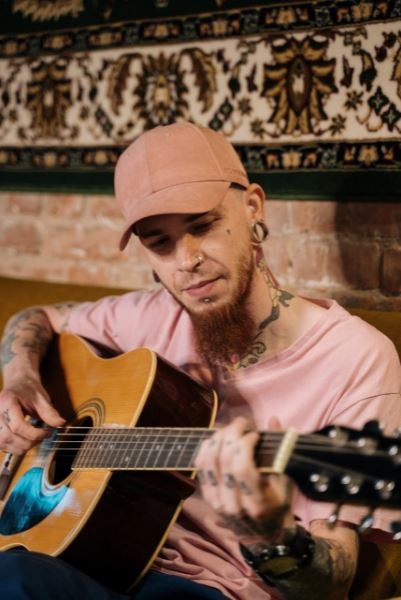 Piercing and tattoos were the most followed fad ever. People still use this fad and decorate their bodies with different creative designs. In the 90s, people started piercing their tongues, belly buttons, lips, dimple, labret, Monroe, and even nipples.

Back then, it was not acceptable in society to have extreme piercing and tattooing. Now, it’s not taboo, but people are not piecing such it to an extent.

Grunge was both a fashion and musical fad of the 90s. The music was all about heavy guitars, angsty lyrics, and the style was about flannel shirts, blue collars, muted colors, and combat boots. Nirvana changed music forever; their album “Nevermind” and “Smells like teen spirit song” played a vital role. The popularity of this song destroyed the hair metal genre and made Seattle the new fame of the music industry.

Several brands like Alice in Chain and Pearl Jam are still famous, and it’s not long ago you could buy grungy flannel in every mall. In the 90s, the oxygen bar was also a fad used in the USA and Canada. The customers could choose an oxygen flavor and enjoy the healing benefits. The oxygen therapy proponents claimed that this treatment help in improving health, boosting energy level, easing allergies, removing toxins, increasing concentration, and promoting relaxation.

The celebrities like Madonna, Travolta, and Michael Jackson owned these oxygen chambers in their home for therapy. Now it’s also faded away like other craziest fads.

Blossom Galbiso, a teacher from Waialua Elementary School in Hawaii, started teaching her students to play one of her favorite Milk caps games. The game was all about teaching the children about mathematics in a fun way. The milk is sold in paper bags, not in bottle glass now, so her students choose bottle caps from a Hawaiian juice called POG. The kids started calling this game Pog, and when the children grew up, they took it with them to other states. Sadly, this fad crashed by the end of the decade as the demand died off with time.

If you are a 90s kid, we hope you remember these crazy fads. From the fads like overalls, hairpins, Rachel Hairstyle to Pokémon, Spice girls, and many more, the 90s was the best decade of our lives. Hopefully, the memories related to them will never fade away – they will live with us forever!