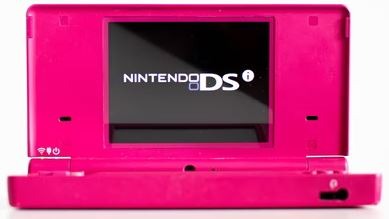 Nintendo, one of the most famous video game companies of all time, has already released plenty of video game consoles throughout the years, but only a few are as iconic and successful as the Nintendo DS. The Nintendo DS, a shortened name for “Developers’ System” or “Dual Screen,” was a handheld game console that was released in 2004 and featured two LCD screens that worked in tandem. Besides its popular dual-screen feature, the Nintendo DS also has wireless connectivity, a built-in microphone, and a clamshell design that makes the console more compact when not in use.

The Nintendo DS originally served as an experimental “third pillar” behind the GameCube and the Game Boy Advance. But because of its popularity, the DS eventually became the successor for the Game Boy series of handheld consoles. To learn more about the success of this great console, here is the interesting history of the Nintendo Ds and its impact on pop culture. The Nintendo DS was conceptualized in 2002, particularly at a time when former Nintendo president Hiroshi Yamauchi thought about making a dual-screen console. The idea for the dual-screen console was not actually new for Nintendo, as they had already applied the same concept to their Game & Watch line, a series of handheld electronic games that were released between 1980 and 1991. The two games in the said series that feature more than one screen are Zelda and Donkey Kong.

In January 2004, Nintendo officially announced that they were currently developing a new handheld console with the codename “Nintendo DS.” The then-president of Nintendo, Satoru Iwata, wanted the Nintendo DS to be a platform where the company would be able to show its innovative ideas instead of sticking to its conservative image. In May of the same year, the prototype for the Nintendo DS was shown at E3 2004 and was well-received by fans and critics.

The Nintendo DS was officially launched in North America on November 21, 2004, and in Japan on December 2, 2004. In North America, the release of the console was held with a launch event at the EB Games Universal CityWalk branch in Los Angeles, while the console was launched quietly in Japan. It was reported that there were more than three million preorders created for both North America and Japan. In June 2005, Nintendo announced that they had sold about 6.65 million units of the Nintendo DS in less than one year.

The handheld game console was then released in Europe on March 11, 2005. The release of the Nintendo DS in the region included a special package that contained a VIP T-Shirt, a Warioware: Touched demo, a copy of Metroid Prime Hunters – First Hunt (the demo version of Metroid Prime Hunters), and a pre-release version of Super Mario 64 DS. On January 23, 2006, it was reported that more than 1 million units of the Nintendo DS were sold in Europe alone.

In China, the Nintendo DS was released with a different name, the “iQue DS.” The Chinese version of the DS features an updated firmware where the PassMe device is blocked. It is important to note that the “iQue” name was also used as the replacement name for the Nintendo 64 in China.

The Nintendo DS was promoted not only through its dual screens but also for its touch feature on the bottom screen. The word “touch” was often used in various promotional campaigns and even as a title for some games like Warioware: Touched. During its promotional period and life cycle, the Nintendo DS heavily competed against the Sony PlayStation Portable or PSP, which is seen to have better and faster hardware. However, despite being inferior to the PSP in terms of hardware, the Nintendo DS was superior in terms of sales, as it was able to sell more than 150 million units, thus making it the best-selling handheld game console and the second best-selling video game console (behind the Sony PlayStation 2) as of 2022.

Redesigns of the Nintendo DS When the original Nintendo DS design was considered too bulky for kids and even for some adults to use, Nintendo responded by releasing a smaller and slimmer version of the DS called the Nintendo DS Lite in 2006. Besides being smaller, the Nintendo DS Lite also features a lightweight body for less hand fatigue and brighter lights so that players will be able to see what’s going on on the two screens better. The Nintendo DS Lite sold more than 93 million units worldwide.

The second redesign of the Nintendo DS was the Nintendo DSi, which was released in 2008 and featured two digital cameras and external content storage. However, the DSi doesn’t have the Game Boy Advance cartridge slot that you would usually find at the bottom of the earlier Nintendo DS models. The third redesign of the DS was the Nintendo DSi XL, which was released in 2009 and had the same features as the original DSi but with a much larger screen. The DSi models were not well-received by critics, who stated that the two digital cameras did not really have a specific use, particularly for games released during that time. The two DSi models only sold about 41 million units.

The Nintendo DS would then be officially succeeded by the Nintendo 3DS. The 3DS was released in 2011 and featured more powerful hardware compared to the original Nintendo DS and a stereoscopic 3D feature where the games would pop out of the screen without the need to use 3D glasses. The Nintendo 3DS would also have its own sets of games that are exclusive to it, although it is backward compatible with Nintendo DS games.

The Nintendo DS’s impact on pop culture is evident through the many touchscreen-focused games that we now have today, which are mostly available on mobile phones and in Nintendo consoles that succeeded the DS. The Nintendo DS also showed the potential of handheld gaming, which wasn’t really seen as a profitable market before. In today’s era, many of the most popular games in the world are seen on mobile phones and played using a touchscreen, like Mobile Legends, League of Legends: Wild Rift, and Call of Duty Mobile. So, it could be said that the influence of the Nintendo DS in the gaming industry would remain for many years to come.