When it comes to singers and bands, we see many controversies that helped the band gain popularity among the audience. From Beatles to the Backstreet Boys, the trend has been consistent. Both of these bands have been known to be involved in several conspiracies and controversies. However, when it comes to the Backstreet Boys, we see an exceptional dark history surrounding the band. This is because of some of the most interesting events occurring with the band.

About the Backstreet Boys

For those who don’t have much idea about the band, the Backstreet Boys has been an American vocal band that was formed in 1993. The band comprises 5 people including Nick Carter, Howi Dorough, Brian Littrell, Kevin Richardson, and AJ McLean. The band was just a group of ordinary singers up until 1996 when the band got fame due to their debut international album named Backstreet Boys.

With the success of the first one, the band decided to continue further and had their second album in 1997 which was named “Backstreet’s Back”. The first and second albums got quite successful giving the band worldwide recognition. With “Millenium” out in 1999, they had already become a superstar. Nonetheless, much of the controversies were still awaiting. The group had a break for a while and Richardson left the group in 2006. However, he later joined back in 2012. 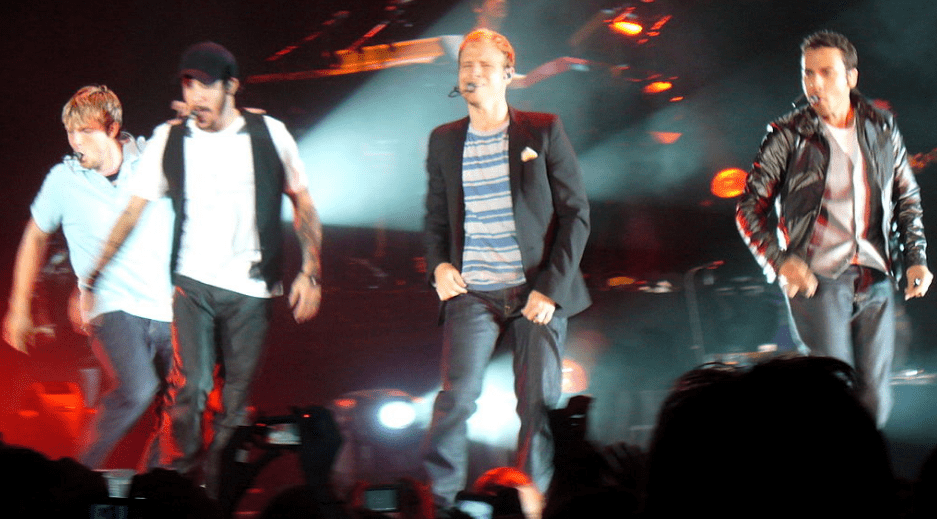 Even after 2 decades, their songs and albums have been famous worldwide. Most recently, “DNA” was an album released in 2019 which became a worldwide hit at number one. Up until now, the band has sold over 100 million records which evidently proves that the band has been quite successful. With numerous awards and recognition ceremonies, the group has been ranked as one of the best-selling music artists in the world.

Behind one of the most successful bands of all time lies a tough history. Right from the beginning, the band was introduced to the American scammer who was the founding manager of the band. The billionaire manager, Lou Pearlman, has been known to be involved in several types of scams and was also involved in different types of crimes related to child abuse.

Due to his financial power and high social connections, he was considered the ideal man for a career-changing pioneer. The billionaire was not as good as he appeared to be because of the scandals that had been in his history. In fact, if we talk about the first and one of the biggest scams that was done on the Backstreet Boys, it would be the one after 1997 when each member of the Backstreet Boys received only $12,000 per year. This amount was significantly low considering the fact that the albums had been an international success with over 28 million copies being sold.

Fortunately, The Backstreet Boys became the first band ever to file a lawsuit against Pearlman. Other bands soon followed. Seeing this, there were many other victims as well who emerged against Pearlman. This included people close to him, his family members, friends, and others. The reputation of Pearlman was shattered to pieces when it was found out that every singer had some sort of mismanagement allegation on Pearlman. Later, in 2008, Pearlman was sentenced to 25 years in jail. One of the members of the band was always different from others because he had a heart condition quite different compared to others. The congenital heart condition made him more vulnerable to various infections. In 1997, the time when one of the most popular albums of The Backstreet Boys was out, Littrell was advised by the doctors to undergo an open-heart surgery because his heart had enlarged exceptionally.

With an important member of the band being sick, the boys had a tough time maintaining their motivation, as well as various schedules of the band, had to be remade. Brian Littrell Heart Club was made later on to provide solutions for heart problems to different people but mainly children. The band faced another challenge due to Littrell in 2009. Right before the promotional tour of “This Is Us”, it was found out that Brian had been infected with Swine Flu, a condition that could be fatal in the extreme case. Nick Carter and His Dark Side

We have known Nick Carter to be an important element of the entire band. Little do many know that he has been alleged of having extraordinary abusive sexual behavior with his girlfriend named Paris Hilton. Although the relationship appeared good to the media, some swollen marks on the body, bruises, injuries, and other marks were seen on the body of Paris Hilton which indicated that she had been in some form of physical torture.

On the breakup, Nick Cater told that the relationship they both had was built on a lack of trust. As a result, it had to be ended. Later in 2013, Nick gave a very rude remark to Paris by saying that she was the worst person in the world for me to hook up with as she had changed my worst impulses. Apparently, Nick Cater was the hotshot but it was quite apparent that he did not excel at managing relationships appropriately.

Read more about some of the most famous sitcoms of the 80s which are still watched – 80s Sitcoms That Are Still Enjoyed Today.

In addition to the failed relationship of Nick Carter, other aspects about him were concerning. Over time, he had become an Alcohol addict and was partying most of the time. Moreover, he claimed that he had been seriously addicted to drugs as well including cocaine and ecstasy tablets.

However, Nick’s life took a turn when it was found out that he has been diagnosed with cardiomyopathy. This condition led to the weakening of the heart muscle and could require a heart transplant as well. Unfortunately, it was not only Nick who was addicted to AJ McLean as well who was struggling with drinking and drugs over a long time. It was quite surprising that the two most important people of the band hid this truth for a very long time. If someone takes a keen look at the story of the Backstreet Boys, it becomes quite clear that the majority of the dark history is due to Nick Carter. Carter was alleged of rape in 2006. The report that came out alleged that Carter and his friend groped and raped the alleged victim forcing her to perform oral sex. Although the three had been drinking, this was too much for Nick Carter. However, despite being in tears and having all the claims, the victim decided not to pursue press charges against Carter for unknown reasons.

But things did not stop there and then. In 2017, during the viral hashtag “MeToo”, Carter was again under distress when Melissa Schuman wrote a blog about how Carter had raped her in a bathroom and a bedroom in 2003. On the other hand, Carter stated that the relationship between the two was with consensus and not force. There were no charges pressed against Carter because the statute of limitations for prosecution expired in 2013. Schuman later stated that she doesn’t want anything from Carter but her purpose was to raise awareness against an act of cruelty.

What if we tell you that one of the lead singers of the band was a very insensitive one and did not attend the funeral of her sister. In 2012, Nick Carter’s sister died from drug addictions but Nick did not attend her funeral saying that his family had a complicated dynamic due to which he wouldn’t attend the funeral and rather stay positive and focused. Surprisingly, Nick held a party on the Saturday right after the death of her sister which showed that Carter’s character was quite suspicious.

Prior to the release of “This Is Us”, the band suffered much when songs from their recording sessions were leaked online. This was considered a great controversy as it showed that someone within the group or among the managers had done this. As the song recordings were leaked before the actual release, there was no such copyright on them. Other singers could use them. Moreover, the audience was not much hyped about the actual songs. It could also bring some negative financial implications for the group.

The entire scenario was a major setback for the group as they were expecting “This Is Us” to be a great hit. The recordings were paused for a few weeks before they were started again. Ultimately, the band continued and finished the final recordings in 2009 and released them in October. As the album had already been out in an incomplete manner, the Backstreet Boys performed an extensive tour to promote it in a better manner. One question still arises. With Nick Carter having much of the controversies in the band, could it be him who leaked the recording sessions or not?

We can deduce that the Backstreet Boys has been one of the top bands when it comes to American music but the success they got has had its complications, most of them being due to Nick Carter. However, despite this dark history, it is exceptional that the band survived and continued. We hope that the future of the Backstreet Boys does not stay as dark as their history and turns for the best of all members of the group.