Today, after four years if we look back at 2016, what should we remember it for? Each year has its share of upheaval but 2016 seemed to bring more than any. To begin with, the political front was rocked with Brexit and Donald Trump becoming the president. Furthermore, an Orlando gay club was a victim of mass killing and the refugee crisis across the world kept getting worse as Aleppo continued to burn. Still, pop culture continued with its vibe and there was nothing stopping it.

Some people tend to term it frivolous as it distracts us from the real issues. But the fact of the matter is that it would be foolish to deny that pop-culture exists or isn’t important. In a world where a President such as Donald Trump who was initially a reality show host turned, chief of the country, what else could make pop culture matter more than ever? Therefore, let’s look back at 2016 and the events that helped shape it.

2016 was the year of Beyoncé as she was in the headlines for one reason or the other. However, there is one reason due to which she remained very much in the spotlight. In February 2016, she released her fierce protest song ‘Formation’ that would make the headlines for the coming few months. Furthermore, she performed the song at the Super Bowl halftime show. Then, in April she released her album ‘Lemonade’ which was one of the classics of the decade. The album received excellent response both by the critics and fans.

Kanye West made himself even more famous Kanye West throughout the year was more into news than out of them. He came into the spotlight upon releasing his ‘Famous’ video, which invited mixed responses. In the video, replicas of some celebrities could be seen lying naked on the bed. The idea was inspired by artist Vincent Desiderio. Most of the celebrities in the video stated that they were not asked about their consent. As a result, many people saw it as a massive violation. The video remained in the spotlight for a few months and then eventually lost hype. For four years, Frank Ocean sat silent and did not produce music. He was claimed to be a hero upon the release ‘Channel Orange’ but suddenly went down to become zero as it seemed that he would never be making music again. However, in 2016, when the hashtag #frankoceanisaliar began trending, he finally came ahead with his album titled ‘Blonde’. It was a challenging album considering the age of quick flicking and gratification but Frank somehow managed to hold onto it and had our attention well. The Met Breuer is a museum of contemporary and modern art, which initially served as a branch museum of the Metropolitan Museum of Art. It was opened in March 2016, in the same building that was occupied by the Whitney Museum of American Art. It was designed by Marcel Breuer and completed in 1966. Later, in June 2020 it was announced that the museum would close permanently due to COVID in March 2020. The Beach at Scheveningen in Stormy Weather is an old painting by Vincent Van Gogh. It was held at the Van Gogh Museum located in Amsterdam since 1989 until it was stolen. The painting remained missing for nearly 13 years before it was found in January 2016 by the Italian guards along with other pieces of artwork that were stolen. However, it was missing its original frame. Finally, it was restored to its original form and returned to the museum.

Open Letter to the American People

On May 24, 2016, Hundreds of US writers including Robert Polito, Stephen King, and Nicole Krauss wrote an open letter to the people of America to not vote for Donald Trump, since he was running as a presidential candidate. Reason being that Donald Trump was already engulfed in major controversies as soon as he began his campaign. The controversies followed him throughout his presidential career and most of them were true. Several witnesses came forward to testify and provided statements but who could challenge a billionaire businessman turned president, right?

Ashley Graham paves the way for Plus Sized Models Fashion industries have always preferred thin and slim models. It was 2016 when plus-sized models made their way in, thanks to Ashley Graham. Ashley Graham at the time was the only plus-sized model to be as famous as other skinny models. She continued to climb the ladder and pushed the world to embrace plus-sized models. With over a decade spent in the fashion industry, Ashley finally landed herself at the cover of Vogue Magazine. She even got her own Barbie doll. This was definitely a success for plus-sized women as well as for sizeism.

Rihanna’s proves her worth in the fashion industry What could Marvel fans more want than a Captain America movie? That’s right, 2016 was a great year for Marvel fans as they watch their favorite superheroes fight against each other. It was the highest-grossing film of the year having made over $408.1 million in the U.S and $745.2 million in Canada. In total, the movie grossed over $1.153 billion worldwide. As a result, it became the fourth highest-grossing superhero film of all time.

Rogue One: A Star Wars Story 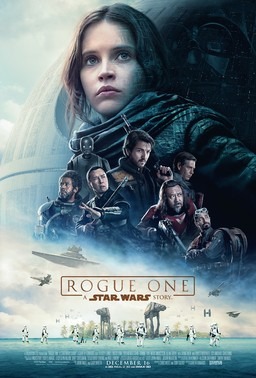 The second highest-grossing film of 2016 was Rogue One: A Star Wars Story. It collected over $532.2 million in Canada and the United States. Furthermore, in other countries, it made over $523.8 million. In total, the worldwide collection grossed over $1.056 billion. On the opening day of the film, it earned $29 million just from Thursday night previews. On Friday, it earned $71.1 million making it the 12th-highest- grossing film of all time. The film was both a commercial and critical success with fans thrilled with the performances and storyline of the movie.

Perhaps the most popular and viewed Television series was Planet Earth II in 2016. If you were not already following Planet Earth II then you might have come across a clip of an Iguana fighting for its life against hundreds of snakes. The world watched in ultra-high definition as an Iguana fought for its freedom while snakes crawled out from every corner trying to get their hands on the tasty meal. At one point, the users were disappointed as the Iguana is caught but then suddenly it breaks the shackles and makes a run for freedom. It was surely one of the most thrilling video clips ever.

Last year, Game of Thrones fans were sad to see the death of Jon Snow. But he wasn’t actually dead, was he? As soon as the season ended, fans all over the world starting making theories about how he could not be dead. But at the same time, Game of Thrones was notorious for killing important characters so nothing could be said for sure. But come 2016, Jon Snow was resurrected and fans could take a deep breath one more time. It was one of the most epic moments in the history of television.

On July 15, 2016, Turkish troops moved at midnight to overthrow President Recep Tayyip Erdogan. It was an attempt to reinstate constitutional order as stated by the establishment. At first, it seemed as if the coup would be successful as Erdogan was nowhere to be found. But then suddenly, he appeared on Television screens via Facetime, telling citizens to decline the coup. As a result, citizens came out and by morning, the military, loyal to the government took control of the country.

Erdogan blamed Fetullah Gulen for the coup and demanded his extradition. However, it was turned down by the United States due to lack of evidence. As a result, it was said that Erdogan was angered and further assumed that the United States was the big face behind the incident.

In January 2016, North Korea had conducted its fourth nuclear test. Furthermore, ballistic missile tests were done as well that angered the world. Then, on September 9, it again conducted its fifth nuclear test. Although America along with other countries, has passed many sanctions on North Korea but it continues to progress. Primarily due to the United States backing out of each peace deal, they introduced to North Korea. As a result, North Korea says it has to defend itself from potential enemies. Kobe Bryant was a legend as soon as he stepped on the basketball court for the very first time. Over the years, he had managed to score splendid numbers and was nothing short of an icon. For his fans, the year 2016 was a sad one as he announced his retirement and played his last game. Even then, he managed to secure absurd 60 points. Today, Kobe Bryant is remembered for inspiring millions of young basketball players and his immense contribution to the game. Forever the greatest, Muhammad Ali passed away in 2016. It was either the biggest or the second biggest sad moment in the world of sports. Known for his quotes and spectacular fighting ability, the world of boxing will never see a boxer like him in the ring ever again. His knockouts and famous fight with Joe Frazier is still remembered today. It was one of the biggest iconic moments in the history of sports. But after a constant 32-year struggle with Parkinson’s disease, Muhammad Ali finally said goodbye to the world. He was not only a tremendous athlete but a civil rights activist as well. Everytime Apple announces a new iPhone, the news feels as if a meteorite has hit the tech world. Suddenly, everyone stops what they are doing and shifts their focus on the new product. However, this time it was really a meteor. Apple suddenly decided that its users did not want the headphone jack so it was removed from the new iPhone 7. It may be a bold move from Apple but users were not at all impressed. While Apple had played its move, it was now Samsung’s turn. Samsung came out with its new Galaxy Note 7 and soon after purchasing, it started exploding, yes, you heard that right. It was supposed to be a direct competitor to the new iPhone and was even expected to race past it. It had everything such as a beautiful curved glass design, high-resolution screen, and many other important features. But due to the explosions, everything went down the drain. As a result, Samsung was forced to discontinue the phone.

With this, the year 2016 concludes. Considering the number of major events that took place this year, one couldn’t deny the fact that it was the most thrilling than most. Some historical changes were welcomed, which differentiated it with other years of the same decade. But then again, as we say, each year has its ups and downs. But somethings remain permanent and carry on without being bothered. Pop culture in this respect kept its pace and continued to keep an uptight vibe across the world.