Another year, another run of both good and bad events. The year 2013, was no doubt an exciting experience but somethings that had left the fans and viewers down. From the death of Sopranos icon James Gandolfini to Corey Monteith of Glee, things did not turn out the way for some people as they had expected. Furthermore, the news section was on fire as well, since countries were talking about serious chemical weapons and several explosions that took place in the USA. But as always, we have something good to look forward to as well such as the unveiling of iPhone 5s and 5c. One could say that the year 2013 was a bit tough but we made it through. Let us look back at some of the historical events that helped shape the pop culture prevailing in 2013.

2013 started by Justin Timberlake releasing his new album ‘The 20/20 Experience’. The album was released after six years and the previous album ‘Future Sex/Love Sounds’. The 20/20 Experience album was a huge hit. In its very first week, it was able to sell 968,000 copies. As a result, it also became the best-selling album of the year in the U.S.

Super Bowl has always been an exciting event. Fans all over the world keep playing the guessing game about who would perform this year. For both Alicia Keys and Beyoncé fans, the year 2013 was a treat as Alicia Keys sang the National Anthem while Beyoncé performed during the halftime show. According to viewers, it was the best performance they had ever seen and was totally worth the time. Both Alicia Keys and Beyoncé remained in the spotlight for the entire year due to fans and critics finding it hard to forget the event. 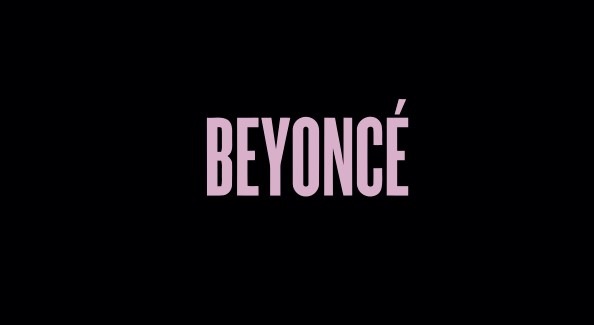 Then again, it was time for Beyoncé fans to rejoice. She released a surprise fifth studio album that featured the same name as hers. It was basically a visual album that consisted of 14 songs while featuring a video for each song. The album grabbed the No.1 spot based on digital sales of 3 days and made Beyoncé the first female artist and second artist overall to climb the No.1 spot with her first five studio albums. Located in Downtown Miami, Florida, The Perez Art Museum Miami is a contemporary art museum designed by Herzog & de Meuron. A lot of money and effort was put into redesigning the museum. In 2014, it was estimated that there were around 1,800 pieces of artwork belonging to both the 20th and 21st century, present in the museum. Furthermore, the artwork was associated with the Americas, Africa, and Western Europe. By 2016, the collection had increased to 2,000 pieces. It is one of the most visited museums that attract a huge number of art fans each year.

Three Studies of Lucian Friend is an oil-canvas painting made by Francis Bacon in 1969. The painting highlights the artist Lucian Freud. In November 2013, the painting was sold to an unknown buyer at Christie’s New York Auction house. It was sold for a whooping US$142.4 million. At the time, it was the most expensive artwork sold at an auction. In July 2013, artist David Lewis created and installed a sculpture dedicated to Rachel Carson. Rachel Carson was a biologist by profession who worked for the conservation of the environment. The statue was installed in Woods Hole, Massachusetts to remember and preserve her efforts. At the dedication ceremony, she was described as ‘a scientific daughter of this place’. Her dedication and commitment towards Woodhole are forever remembered by its inhabitants. 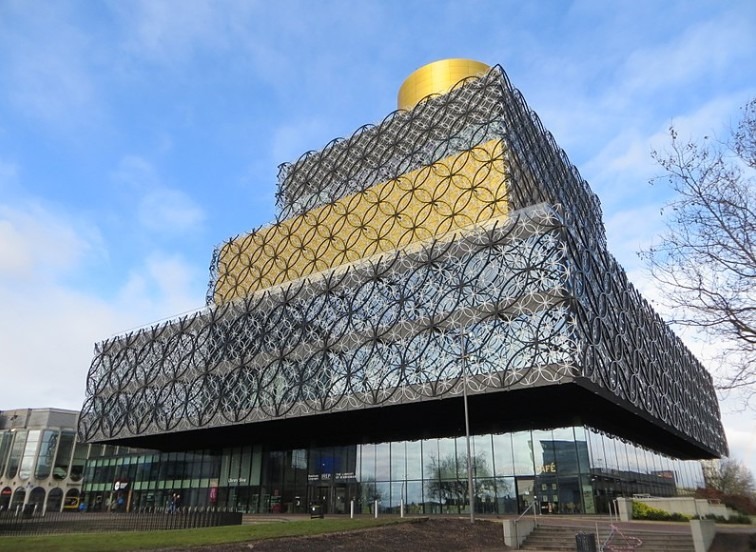 Malala Yousafzai opened the Library of Birmingham in 2013. It is a public library that is the largest in its category existing in the UK. The project cost 188.8 million pounds and is considered a flagship development in the city. Not only does the library attract millions of readers each year, but its splendid structural design also pops the eyes as well. Malala Yousafzai is a Pakistani teenager who was a victim of a terrorist attack. She survived being shot in the head and now works for the progress of society and humanity. Whenever the name J.K. Rowling comes up, you know something big is about to be released. That was exactly the case in 2013 when J.K. Rowling released a crime fiction titled ‘The Cuckoo’s Calling’. Initially, the author of the book was not mentioned or told to the readers. Upon its release, the book was able to sell 1,500 printed book copies and 7,000 ebook, audiobook, and library editions. Furthermore, initially, the book stood at the 4,709th spot and then gradually climbed the stairs to become the best-selling novel at Amazon. Later, it was revealed that J.K. Rowling had written the book. As a result, the signed copies were selling for $US 4,000-6,000. When it was announced the Playboy had reached out to Kate Moss to pose for its magazine, people were a bit confused. The reason being that Playboy always preferred the likes of Pamela Anderson, Kim Kardashian, and Denise Richards. In other words, it called out women that featured comparatively more prominent physical features. On the other hand, Kate Moss was a celebrity who had already been on the cover of almost every popular magazine so Playboy was not something big. As a result, she was seen for the very first time in a classic bunny outfit in December when the magazine was launched. History was in the making when Prada hired its first black model in almost 20 years. When Prada released its fall/winter 2013 campaign, viewers rubbed their eyes, as they were surprised to see Malaika Firth. It received a good response and even brought smiles to many faces. Malaika was a 19-year old model who was born in Kenya and became the first female black model to grace Prada in 19 years. Previously it was Naomi Campbell who took the spot but regardless, it was an excellent sign of progress. 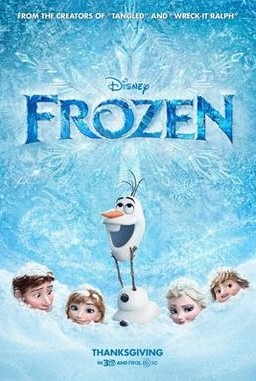 For film fanatics, the year 2013 was definitely a big one. It had something for every type of movie fan. For instance, Frozen and Despicable Me 2 were released for those who love animation. Then, for action fans, Fast & Furious 6 was released along with Man of Steel and Thor: The Dark World. These movies not only had huge openings but also were amongst the highest-grossing films of all time. Both Frozen and Iron Man 3 passed the $1.2 billion mark, listing them amongst the 50 highest-grossing films of all time. Furthermore, Frozen even shattered the record of Toy Story 3 and became the third-highest grossing animated film worldwide of all time. Then, Jurassic Park 3-D was released that overtook the $1 billion mark. As a result, it became the 39th highest-grossing film of all time.

In November, Netflix had announced that it had planned a major overhaul for those who stream videos to televisions. The overhaul would take only a couple of days. The company had described it as the biggest update ever. More than 40 million users would benefit from the update as the overhaul was based on introducing a richer design. The key aspect of this design was that it would be the same for every device used to bring videos to the TV using the internet.

Time Warner Cable in January took a bold step by banning ads associated with rifles and guns. The move came after President Obama implemented a ban on assault weapons in response to the Sandy Hook Elementary School Shooting. Viewers applauded the step and credited the cable operator for taking a socially responsible step. Time Warner removed and banned all guns associated ads from all its cable systems as a result.

Dj Antoine ‘Sky is the Limit’

Dj Antoine, a Swiss radio presenter released his yet another hit album ‘Sky is the Limit’. It was his seventh studio album, which was released in January. ‘Bella Vita’ was the first single of the album that was released followed by ‘All I Live For’ and ‘Sky is the Limit’. It was in 2012, that Antoine had first announced that he would be releasing an album in 2013. The album was well-received by the critics and fans alike.

Launched in March, Tag 91.1 was a radio station that catered to the Filipino population in Dubai. The station was introduced considering the rising demand and population of Filipinos. They had put forward the wish of listening to something in their language and it was completed. Furthermore, prominent Filipino radio hosts entertained the Filipino population residing in Dubai throughout the day, which brought a smile to many faces. Detroit had always been the victim of gang violence. As a result, with the passing of each year, there were immense population losses and mounting debt. Almost every day, there as either a murder or target killing occurring. Although the city, particularly the automakers in Detroit were provided bailout packages but the situation was far worse. Detroit is known as a city that is house to several automakers. Since the situation was turning bad, the automakers suffered as well. At the same time, residents were having their pensions cut and declaring bankruptcy. Therefore, the overall situation of Detroit was at its worst. The Boston Marathon Bombing was an unfortunate event. It was sad to see that someone had targeted people running at a marathon. It began when two pressure cookers exploded, causing three people to die, whereas injuring 260 others. The bomb took place at the finish line. Therefore, the spectators were injured as well. The investigation took place right away and later, the perpetrators were killed in an exchange of fires. The incident brought the entire city to a complete shutdown. However, it has recovered well since. In September, Apple released two smartphones, 5S and 5C. Both smartphones were different than the regular iPhones they were selling. 5C was intended to be a cost-friendly version. The company felt that it needed to tap mediocre buyers as well since not everyone could afford to spend hundreds of dollars on their devices. The cellphones received a good response but were not continued after the iPhone 5.

Fans have always been crazy about Sony’s PlayStation. Therefore, as soon as version 4 came out, fans were lining outside Sony outlets to purchase them. Within 24 hours, North American consumers purchased 1 million units in 24 hours. With that, the sales of gaming consoles took flight as well and recorded huge sales. Sony’s PlayStation 4 was the biggest hit amongst its previous versions and sold faster. 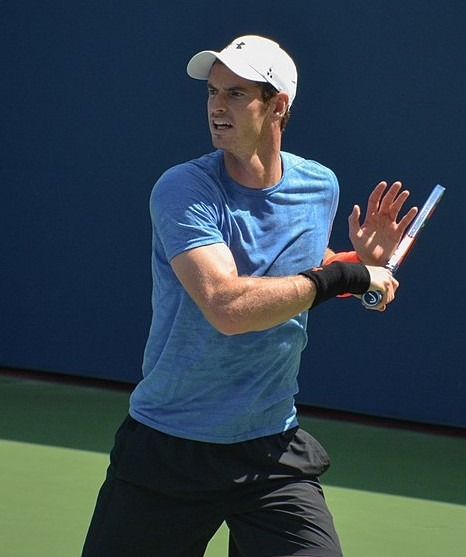 Perhaps the most surprising event of 2013 was Andy Murray defeating Novak Djokovic at Wimbledon. Prior to Andy defeating Novak, his career consisted of just one U.S Open Victory, the rest were heartbreaking losses. Critics ridiculed Andy by describing him as someone who had talent but no mental capability. But, Andy never lost hope. He grew and matured as a tennis player until he returned and gave both the critics and Novak Djokovic what they deserved. Yet another surprise awaits tennis fans. 19-year old Sloane Stephens defeated Serena Williams at the Australian Open. Selena Williams was ofcourse the favorite of the event but after losing the first set, Sloane stepped her game up. To imagine that a 19-year old could beat someone who was the Queen of Tennis, was a bit absurd. As a result, Sloane outplayed Serene as described by herself. In return, Sloane gushed while saying that she could not believe beating a person whose poster she had in her bedroom.

Concluding, these were some of the major events that helped shape 2013. With more to come next year, the year 2013 was memorable in many ways. Ofcourse it had its share of unfortunate events but that is the case with almost every year. The world of sports and technology contributed to surprising major events. Some popular names passed away as well and efforts were made to recognize and preserve their contributions to society. Overall, the year had a good start but a tough mid-journey and ended somewhere in between.