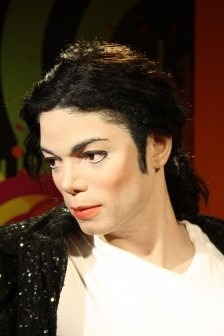 ‘The Big Chill’ was one of the most iconic movies of the 80s and is still regarded as a classic today. In this work, Kevin Costner is the actor who plays the dead man right at the beginning. However, cinema audiences never saw the actual face of the body in this movie. There were scenes shot where his face was shown, but the editing took all of these out. This probably created a better effect than otherwise.

The film can be categorized as a comedy-drama movie, with several baby boomers gathering to attend the funeral/wake of their dead friend Alex. Alex had committed suicide about 15 years after graduation and his friends reunite to mourn him. However, they end up talking about their own plans in life as well as their disappointments.

While the exact message of the movie isn’t clear, it’s still a popular and influential work. T was later adapted as a television series called ‘Hometown’. While the series was short-lived, the movie influenced another TV series called ‘thirtysomething’. The Success of ‘Thriller’

The studio album ‘Thriller’ had been released the previous year, but this song was still taking the music world by the storm. Michael Jackson went on to make a 14-minute music video revolving around this work. The video was released in 1983 and was a huge success right away.

Every Breath You Take

We still listen to several classic tunes that were released in 1983. One of these is ‘Every Breath You Take’ by the Police. This was an English rock band that also included Sting, who later became a popular solo artist. This particular song was also penned by Sting and was the biggest UK and US hit of the whole year. It topped the Billboard Hot 100 singles for eight weeks straight as well as the UK Singles Charts for about a month. This work won several awards and was recognized in 2019 at being the most played song in the history of radio.

Another song in this era that went down in music history was ‘The Girl Is Mine’. This was a duet between the English musician and ex-Beatle Paul McCartney and the American musician Michel Jackson. The writer of the track was Jackson himself, and the song was the first single on his Thriller album. However, Jackson never performed this song live.

As expected, ‘The Girl is Mine’ was a success. It topped the R&B singles charts and came in second on the Billboard Hot 100. It was also number 8 in the UK music charts. However, it was still considered to be the weakest track in the whole Thriller album. Another reason for Michael’s reluctance to perform this song might be that it became the cause of two lawsuits against him and his record label. These were claims of plagiarism and required Michael Jackson to give his testimony in court. The NASA STS-7 mission had a successful completion in June 1983. This particular mission had a five-man crew and lasted for about six days. The crew conducted their experiments and also managed to deploy a couple of satellites.

What was most notable about this mission was that Sally Ride was on the main crew. This was her first-ever space flight as well as the first time an American woman was in space. Twenty years prior to this event, the Soviet Union had sent their astronaut Valentina Tereshkova into space on the Vostok 6. This made her the first woman in space ever.

The Debut of Mario Bros.

Nearly every American child in the 80s was passionate about playing Mario on their Nintendo. It’s now been adapted for several platforms, but its first release was an arcade game. The release was in July 1983 and the location was Japan.

The designer of the legendary Mario Bros. game was Shigeru Miyamoto, who is also the name behind Donkey Kong and the Legend of Zelda games. The other designer was Gunpei Yokoi, who is also responsible for the Game Boy and Metroid. Mario was a game with a platform style and many phases, making it interesting and enjoyable for young players.

The Mario Bros game works with the iconic Mario and Luigi characters, two Italian plumbers who fought against sewer creatures. The concept of the game was in New York.

Many don’t know this, but the initial release of the game wasn’t too successful. This was because the video game industry was suffering from a crash. However, the next release in 1985 (Super Mario Bros), made the whole series a massive hit. Yannick Noah won his only grand slam title this year during the French Open. He does have about 23 titles, but they didn’t advance into grand slam success. This was an important event, as the win in 1983 propelled him to new heights of fame in France. He became his country’s most prominent hero in the world of tennis at that point.

Noah’s win in this year is also unique, as he became the first Frenchman to win this title in 37 years. He only dropped one set in the whole tournament, which lasted two weeks. Noah also defeated Mats Wilander (the defending champion) in the final with straight sets, the scores being 6-2, 7-5, and 7-6. Till now, Noah is still the most recent and last Frenchman to win the men’s singles title in the French Open.

While Arthur Robert Ashe Jr. passed away in 1993, his fate was sealed during a procedure in 1983. He was a professional tennis player from America who won no less than three Grand Slam singles. In fact, he was the first-ever black player to be part of the United States Davis Cup team. He was also the sole black man to ever win singles titles at the Australian Open, the US Open, and Wimbledon. His retirement came about in 1980, but his legacy is still known to tennis players and fans today.

Ashe was also ranked in first position by Lang Mingay from the Daily Telegraph, Harry Hopman, and the World Tennis Magazine. He also managed to secure second place in the ATP computer rankings in 1976.

In 1983, Ashe had to have heart bypass surgery. During this procedure, he received some blood transfusions. One of these is believed to have been infected with the HIV virus. The news of his illness went public in April 1992, when Ashe himself began efforts to educate people about AIDs and HIV. Before his death, he was able to found the Arthur Ashe Institute for Urban Health and the Arthur Ashe Foundation for the Defeat of AIDS. About a decade after he had the fateful surgery, Ashe passed away from AIDS-related pneumonia. He was 49 years old. In the June of 1993, he received a posthumous award of the Presidential Medal of Freedom from then-President Bill Clinton. 1983 was the year when the fashions sported by Madonna would quickly become a part of the current trends. These include crop tops, lace gloves, mesh shorts, and large ribbon-like headbands. She would wear unique, even outlandish outfits in red carpet events, in her concerts, and most importantly her music videos. While her belt buckles were still in the future, the Madonna trend was certainly a strong influence on young people’s wardrobe this year.

80s fashion is still talked about today, with certain items standing out more than others. These include the Swiss timepieces called Swatches. In 1983, Swatch came out with a line of bright, plastic watches that were both light on the wrist and the pocket. ‘Swatch’ stands for ‘second watch’, which is a nod to the inexpensive and somewhat disposable quality of this item.

Swatches were a fun and easy style to sport, so they were welcomed by many among the younger generations. Some enthusiastic fans of the Swatch brand would also buy several watches at once. They would then match their watches to their outfits for the day or even strap on their whole collection in one go.

Sunglasses are a necessity for many folks, but Ray-Bans were also worn for the sake of fashion in 1983. The popularity of this brand back then was largely due to Tom Cruise. He sported the Ray-Ban Wayfarers in his 1983 movie ‘Risky Business’. Incidentally, he also wore the Aviator shades in the movie ‘Top Gun’, a couple of years later. Unsurprisingly, the sales of these two styles and Ray-Bans in general jumped up a fair bit after the release of these movies. 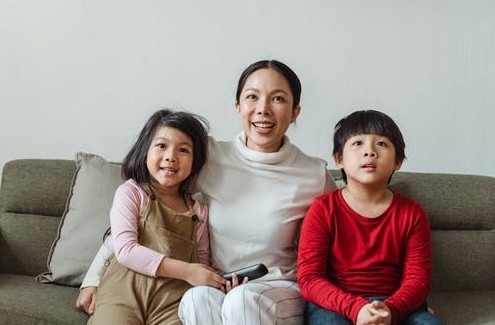 1983 also saw the debut of ‘Fraggle Rock’. It was a children’s show that premiered in January 1983. This was one of the first original programs for HBO, with Jim Henson as the creator and producer.

The show’s premise revolved around a bunch of Muppets. These Muppets were known as Fraggles. There were also other moppet groups within the show, and most of the stories were about their interactions with each other. More specifically, the episode plots were about the conflicts among the moppet groups. The main lesson here was that each group depended on the others for survival, so they eventually had to work things out.

The creators of this show hoped that its messages would help to promote world peace and other similar concepts. ‘Fraggle Rock’ itself was quite successful, running from 1983 to 1987. It was also aired in about a 100 different countries, so the creators’ message did manage to be delivered all over the world. The show ended after 96 episodes.

In August 1983, Hurricane Alicia hit the coast of Texas. This natural disaster resulted in a lot of damage to this region. The estimated value of the property, infrastructure, etc. that were lost in this hurricane added up to several billion dollars.

This hurricane was a Category 3 storm and directly hit both Houston and Galveston. These areas were located on the Gulf Coast and hadn’t seen a storm of these proportions for three years.

Hurricane Alicia had storm surges that went up to a height of 12 feet. There were also wind gusts that reached speeds of 127 mph. With these gusts and storms hitting the coastal neighborhoods, there were several lives lost (21) and more than 3,000 homes were destroyed.

The United States of America invaded Grenada on October 25th, 1983. About 5,000 Marines were installed on the island after the overthrow of its government. This came about after a bloody coup by Cuban-trained military forces. Grenada had around a thousand US civilians in it at that point. Most of these Americans were there as medical students.

This incident prompted US President Ronald Reason to go ahead with the invasion. He cited the coup as a threat to the lives of the American citizens in that country. Another major reason for the invasion was to stave off the wave of Communism that was threatening to overtake the Caribbean at the time.

The US invasion of Grenada was a success, though they did face some resistance. The American civilians were brought back home, while the Cuban troops waved the white flag of surrender. There were only 19 casualties in the US troops.

On 25th March 1983, a television special called Motown 25: Yesterday, Today, Forever, aired. This was intended to celebrate the 25th anniversary of Motown, the record label under the Universal Music Group. While few remember this event for its original intent, this was the point when dance history was made by a pop star.

During this television special, Michael Jackson was performing ‘Billie Jean’ and started doing the moonwalk in public for the first time. While it might not be a completely original step, this was where the moonwalk became associated with Michael Jackson and became a part of his legacy.