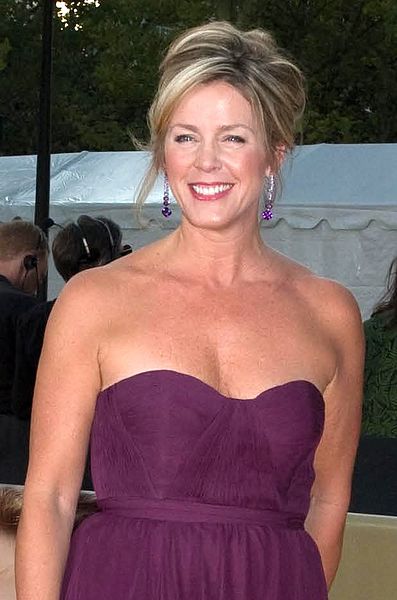 Known as an Inside Edition Anchor, Deborah Norville is a famous American TV journalist and businesswoman. Born and raised in Georgia, Deborah was a beauty pageant participant who developed an interest in TV journalism during her early years. It’s time to know her a little bit more:

Deborah Anne Norville was born on August 8, 1958, in Dalton, Georgia. When she was a high school senior, she won her town’s local Junior Miss contest and represented Georgia in the 1976 America’s Junior Miss pageant. While she did not win, she was inspired by the behind-the-scenes work of the CBS TV production team, and it caused her to switch her career goal from law to television journalism.

Norville had an early start in her television career. When she was still in college, she got an internship on The Lawmakers, a nightly program that covers the Georgia General Assembly, which aired at WAGA-TV. One day, they were short on reporters, and an executive asked her to cover a news story. She reported that evening, and later, she was offered a weekend reporting position during her senior year.

After graduation, she joined WAGA-TV as a full-time reporter and became a weekend anchor by 1979. In 1982, she was hired as a reporter and later an anchor at WMAQ-TV.

In 1987, Norville joined NBC News in New York as an anchor of NBC News at Sunrise. She became the only solo female anchor of a network newscast, and ratings increased 40% when she joined the program. Because of this, she was asked to substitute on NBC’s Today Show.

By 1989, Norville was named the news anchor on Today. She became a co-host in the show in 1990. While working on Today, she won an Emmy Award for NBC’s coverage of the democratic uprising in Romania. However, the show’s ratings declined after her arrival, and the NBC management was accused of mishandling the situation. After taking maternity leave on the birth of her first child, she did not return to the program.

Instead, Norville went on to host a primetime program The Deborah Norville Show: From Her Home to Yours at ABC TalkRadio Networks, broadcasted from her homes in Long Island and New York.

In 1992, Norville returned to television when she joined CBS News as a correspondent. She reported for 48 Hours and Street Stories, for which she won another Emmy Award for her coverage of the Mississippi floods of 1994. Later on, she was assigned to CBS Evening News and was named co-anchor of America Tonight with Dana King. From 1993 to 1995, she served as a semi-regular anchor of the CBS Sunday Evening News.

Norville was named the anchor of Inside Edition in 1995, a position she still holds until today. Among the reports she presented include dispatches from the Davidson County, North Carolina jail, and her interview with Paula Jones, whose accusation of sexual harassment by Bill Clinton led to the Monica Lewinsky scandal.

Norville joined Deborah Norville Tonight in MSNBC in 2003, but left the show in 2005, citing challenges in juggling her work in MSNBC and Inside Edition, along with family responsibilities.

In 2015, Norville became the host of Knit and Crochet Now!, a craft show in public television.

Besides being a television journalist, Norville also moonlighted as a writer and author. She was a contributing editor to Inside Sports magazine in the 1980s, and as a contributing editor to McCall’s magazine. She also published Back on Track: How To Straighten Out Your Life When It Throws You a Curve (1997), and the New York Times best-seller Thank You Power: Making the Science of Gratitude Work for You (2007).

She also wrote books such as The Power of Respect: Benefit from the Most Forgotten Element of Success (2009) and of Inside Edition, The Way We Are: Heroes, Scoundrels, and Oddballs from 25 Years of Inside Edition (2013), wherein she detailed her history in the show as a celebration of her 25 years of service there.

Additionally, she also wrote several books about knit and crochet patterns, most notably Knit With Deborah Norville—18 Classic Designs For The Whole Family (2009).

2. She was also active in extracurriculars at her time in the university.

After all those time achieving the perfect grade, Norville was also a member of the Delta Delta Delta Sorority and served in the Main Court of the University’s Student Judiciary. With this impressive educational background, she really was set to have a bright career in the field.

3. Her talent for sewing stems from childhood.

Besides being a journalist and author, Norville was also passionate about another thing: sewing, specifically knitting and crocheting. She had a talent for it ever since she was a child, which she inherited from her mother.

4. A viewer caught a lump on her neck that eventually turned out to be cancerous.

Norville works on television, so viewers comment on her hair, makeup, and the dress she was wearing. A long time ago, an audience at Inside Edition reached out to say that she has seen a lump in her neck. Norville checked it out with a doctor and said it was nothing, just a thyroid nodule.

However, while the lump was benign for a while, it turned out to be cancerous. In 2019, she underwent surgery to remove the cancerous thyroid nodule on her neck.

5. Norville was criticized for her breastfeeding.

Shortly after giving birth to her first child in 1991, People magazine ran a story that details her departure from hosting The Today Show. In that story, an NBC network executive was quoted criticizing Norville for posing for breastfeeding photos with her newborn for a magazine cover. The executive said it was self-serving and embarrassing. Norville felt that NBC did not want her to return after her maternity leave, so she left the network for good.

A writer from The Washington Post even added that it’s a gross exploitation of herself and her child all in the name of career advancement. For Norville, she was only proud to be a mom, saying it was the most rewarding job she has ever had.